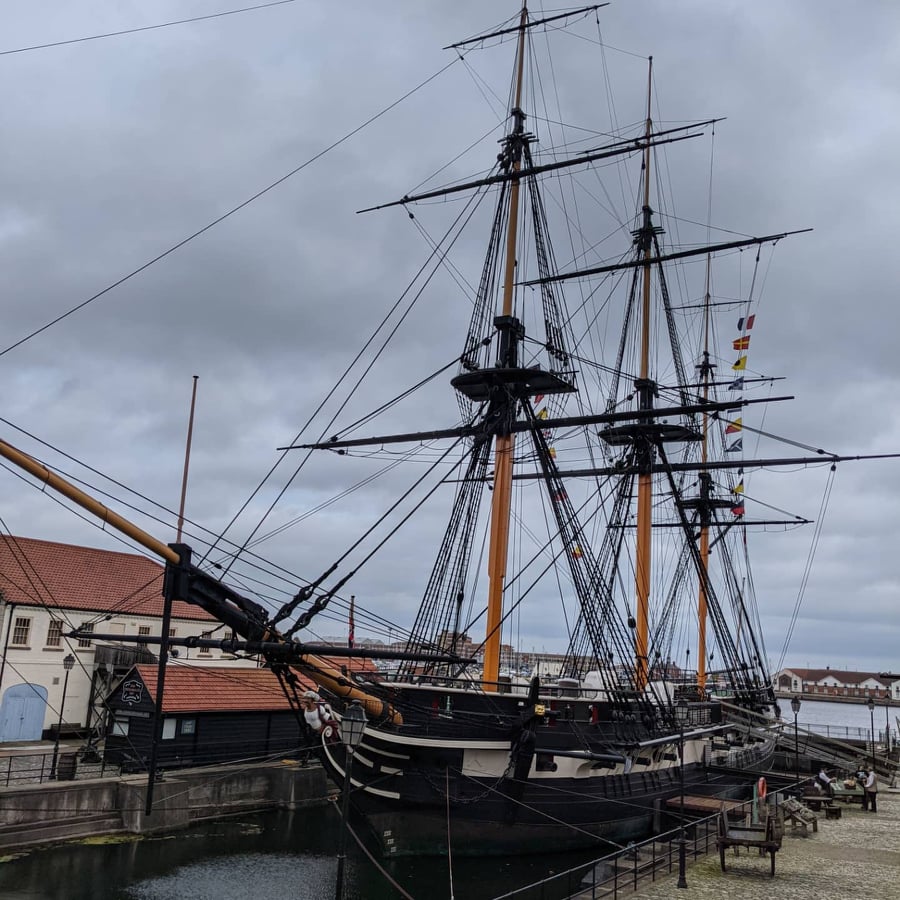 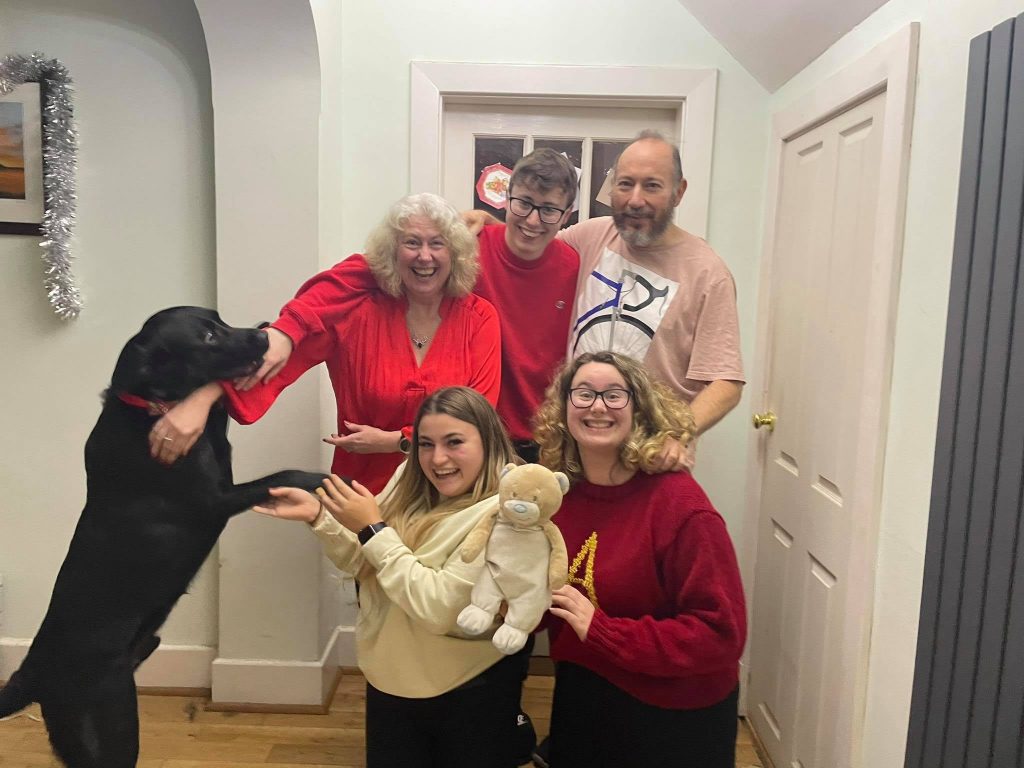 Here comes 2022 at Writing with Labradors, though it’s arriving a little late. Many apologies, and Happy New Year to you all. In many ways, though, the fact that I’m late with my usual New Year’s greeting is in keeping with the whole of the past year. I had such big plans for 2021 and very few of them came to fruition. Mired down in the misery of restrictions, and beset by family difficulties, it’s been a slow year here at Writing with Labradors and at times, I’ve felt like a complete disaster. Still, things are steadily improving and it’s good to look back because it reminds me there have been some highs as well as lows during this year.

#Low. Restrictions didn’t go away. Instead, we had more lockdowns and vaccine passports

#Low. My sister became very ill after her vaccine, and I couldn’t go to see her.

#Low. Three of the five members of my family had covid at different times despite being vaccinated.

#High. None of them were really ill.

#Low. All my planned research trips were cancelled due to restrictions. 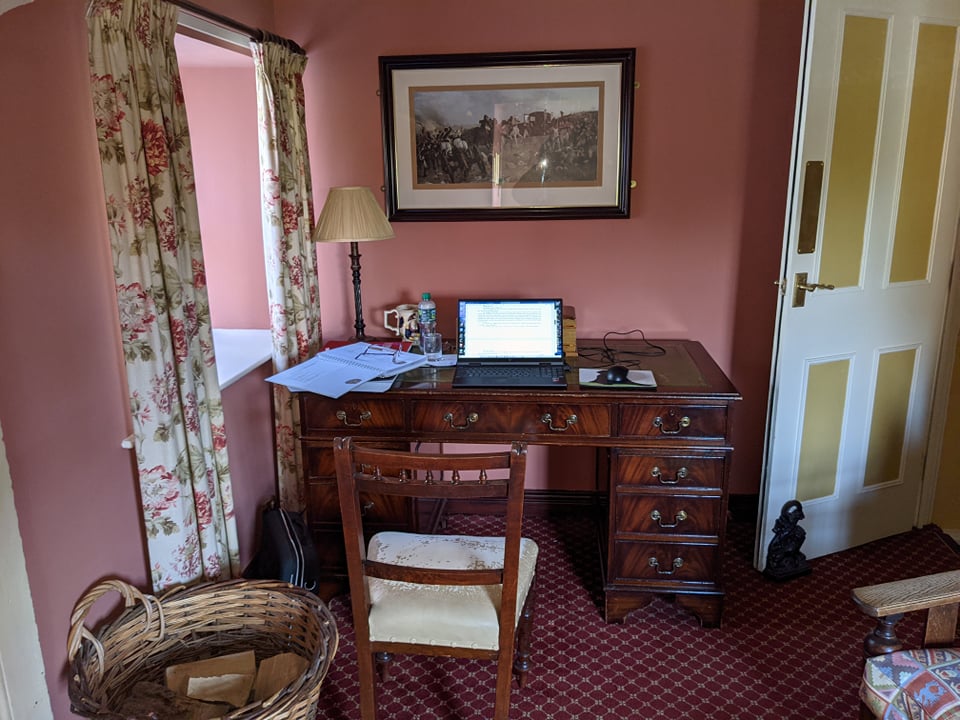 #High. Once I could travel to the UK, I organised my very own writer’s retreat which was absolutely brilliant and improved everything.

#Low. I didn’t manage to publish a book last year, for the first time since I began publishing. 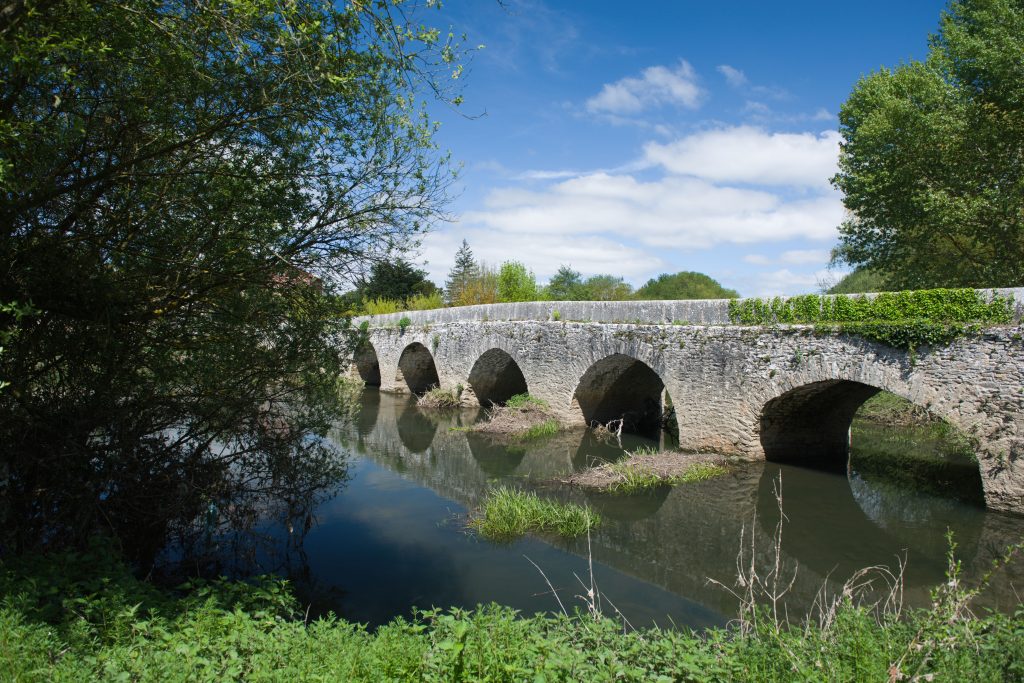 #High. I finished book 7 of the Peninsular War Saga and it’s currently with my editor, so will be out very soon.

#Low. Writing this year has been difficult.

#High. I published my usual three free short stories this year, plus a bonus one in the spring. For Valentine’s Day, we had A Winter in Cadiz, a romance set during Lord Wellington’s brief trip to Cadiz in the winter of 1812-13. My spring story was The Pressed Man, a story of the fourteen-year-old Paul van Daan’s impressment into the Royal Navy. For Halloween, there was an Inescapable Justice, a ghostly tale of bloody mutiny set aboard a Royal Navy frigate. And for Christmas, a favourite Peninsular War Saga character discovers a new responsibility and the merest hint of a future romance, in The Gift.

#Low. I’ve been struggling with chronic pain due to arthritis, and in the current situation, there isn’t a chance of any treatment. 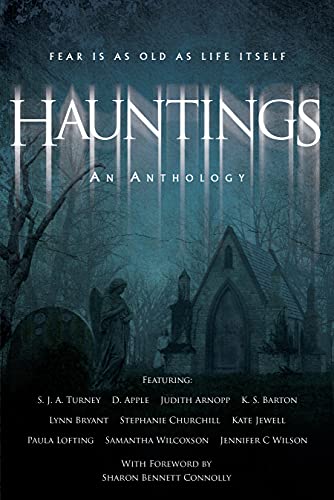 #High. For the first time I have published a short story in an anthology. Hauntings is a collection of ghost stories by writers from the Historical Writers Forum and came out for Halloween last year. (Yes, I did have to come up with two ghost stories in one year. Don’t judge me.) My offering, An Unquiet Dream, is a spooky tale set in an army hospital in Elvas in 1812 and features a regular minor character from the Peninsular War Saga. 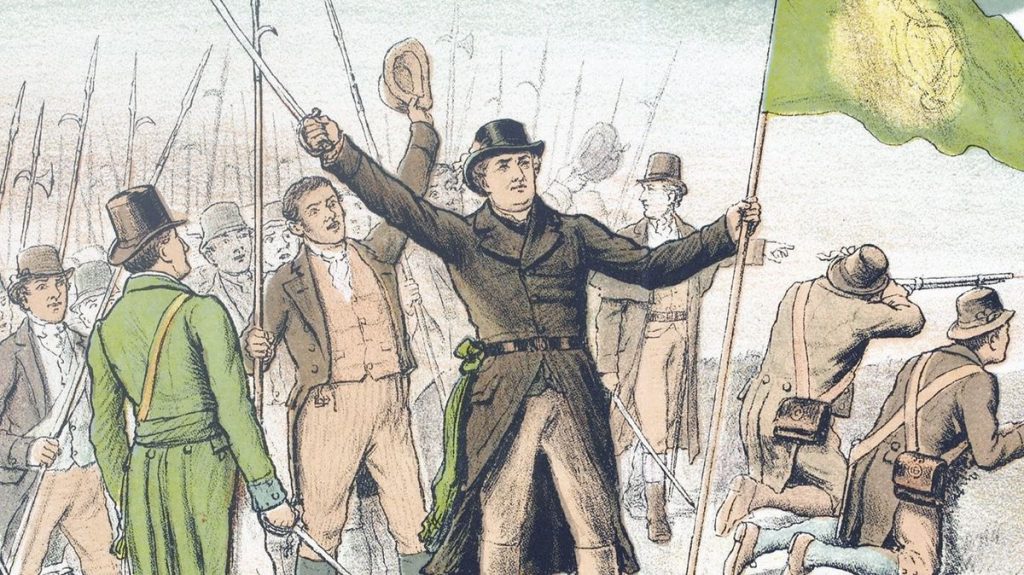 #High. I was also asked to be part of an anthology of short stories edited by Tom Williams (author of the Burke novels and the Williamson books) which will be published this year. The story is called The Recruit and is set in Ireland during the 1798 rebellion. (I see my regulars with their ears pricking up there. “Really? Who could that be about?”)

#High. My immediate family are great and doing very well. My son and his girlfriend are settled in their jobs and looking to move out soon. My daughter is in her final year studying history at the University of York and is getting firsts so far. 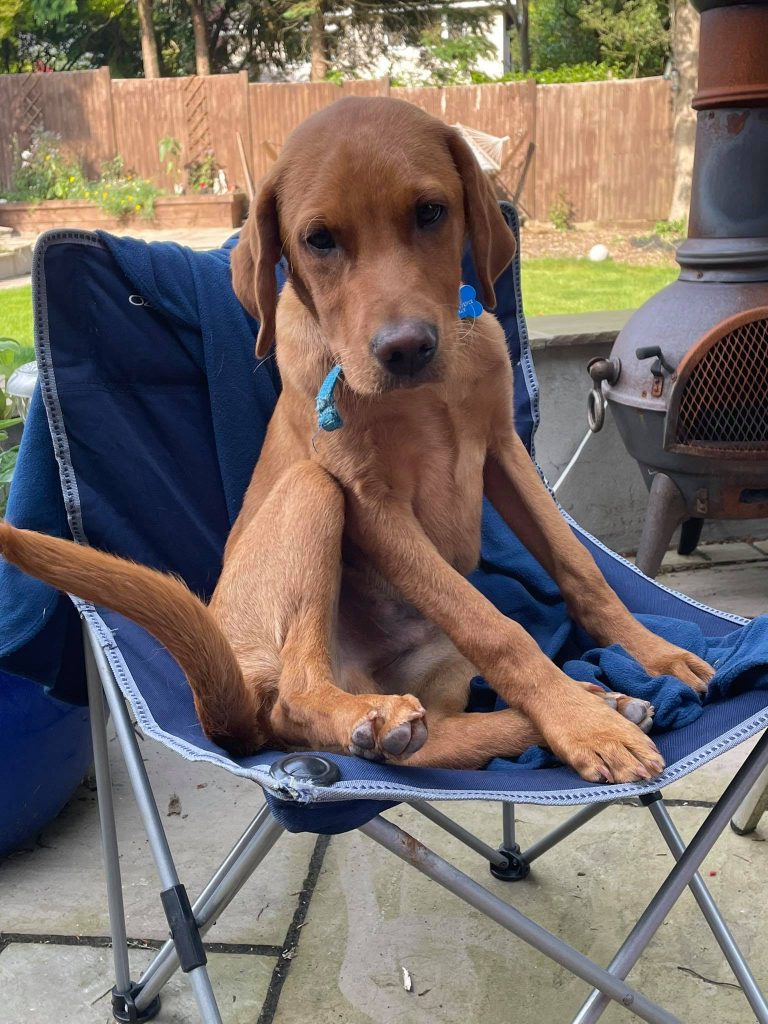 #High. Alfie. After a long period of Oscar holding the fort alone at Writing with Labradors and doing a splendid job, we welcomed our new baby into the family in May, and despite his well-deserved nickname of the Chaos Demon, he has proved to be a valued and much adored member of staff.

#High. I had a great time with the Historical Writers Forum last year, including taking part in a panel to talk about writing battles in historical fiction. 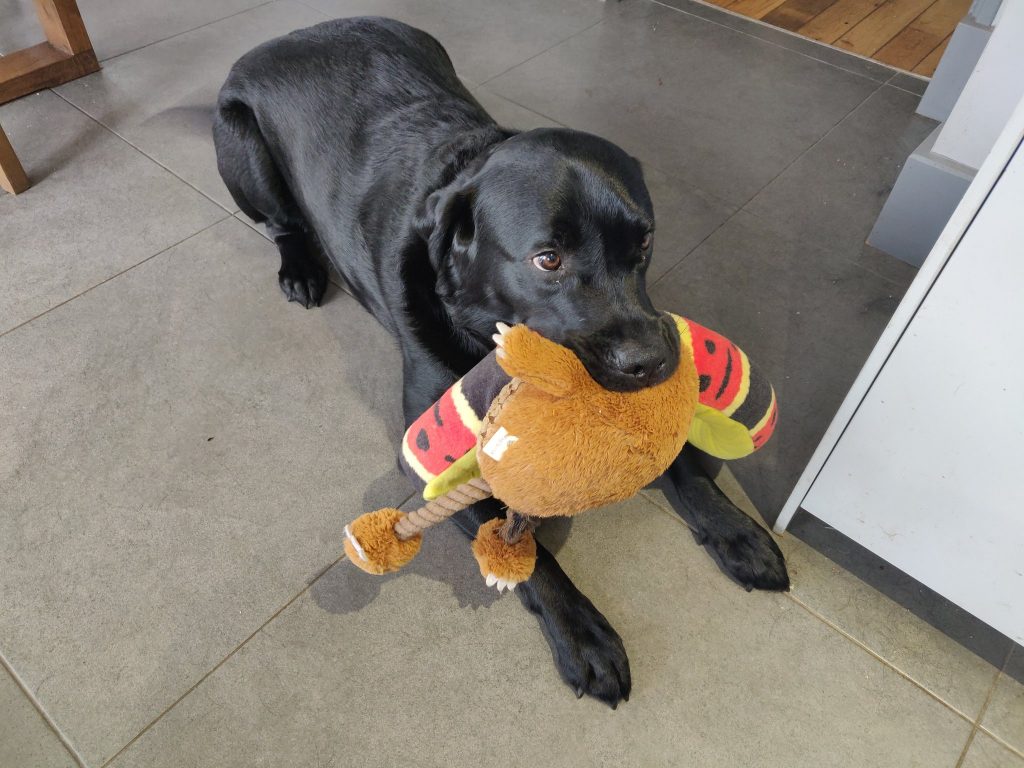 #High. Oscar. Still my baby, and possibly the most well-behaved Labrador in the country.

#High. You see, this is why it’s really good to actually write out a list of highs and lows of the past year. Because I ran out of lows, which pretty much proved that despite everything, my life is good.

There’s one very big low that I’ve not included as part of the list because it would be crass to do so. In August, after several years of watching them struggle and a year of frantic anxiety during Covid restrictions, we finally managed to persuade my in-laws to move to the Isle of Man on a trial basis.

Sadly, it didn’t go as we’d hoped. They’d left it too late, and it was very quickly clear that my mother-in-law’s dementia had got significantly worse, while my father-in-law was very unwell. Malcolm died suddenly on 30th October, of a massive heart attack, and after a difficult period, Irene returned to London to go into a care home near her daughter. The funeral was held just two weeks before Christmas. 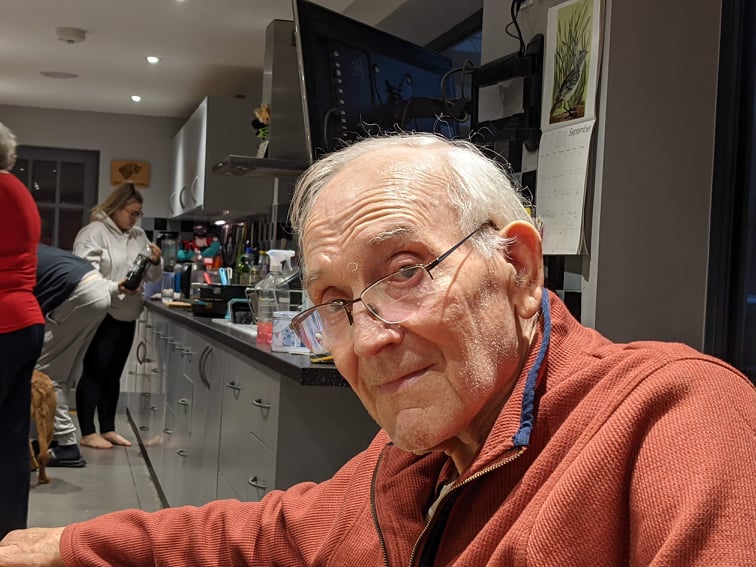 I miss Malcolm. He was only here for a few months, but I got very used to him being around. From the earliest days of my relationship with Richard, almost thirty years ago now, Malcolm and I had a special bond. He shared my enthusiasm for history, and years ago, before I’d ever published, he bought me my first biography of Wellington, the Longford one, from a second-hand book shop. He got on well with my parents, although they didn’t meet that often, and he adored his grandchildren. He loved books and music and was interested in current affairs. He also loved technology, especially cars, and when he was younger, he could fix anything. Before I was even married, he took me for a day out to Silverstone, to watch a Formula One Grand Prix, and we had a fabulous time.

Malcolm was kind and funny and was unbelievably proud to have a daughter-in-law who was an author. One of his last acts was to blag a free copy of An Unconventional Officer for a doctor at Nobles Hospital who had been good to him during a recent stay. His favourite spot, when visiting, was my reading corner in my study. He loved the armchair and would sneak in when he got the chance and take an afternoon nap or browse through one of my books while I was working. 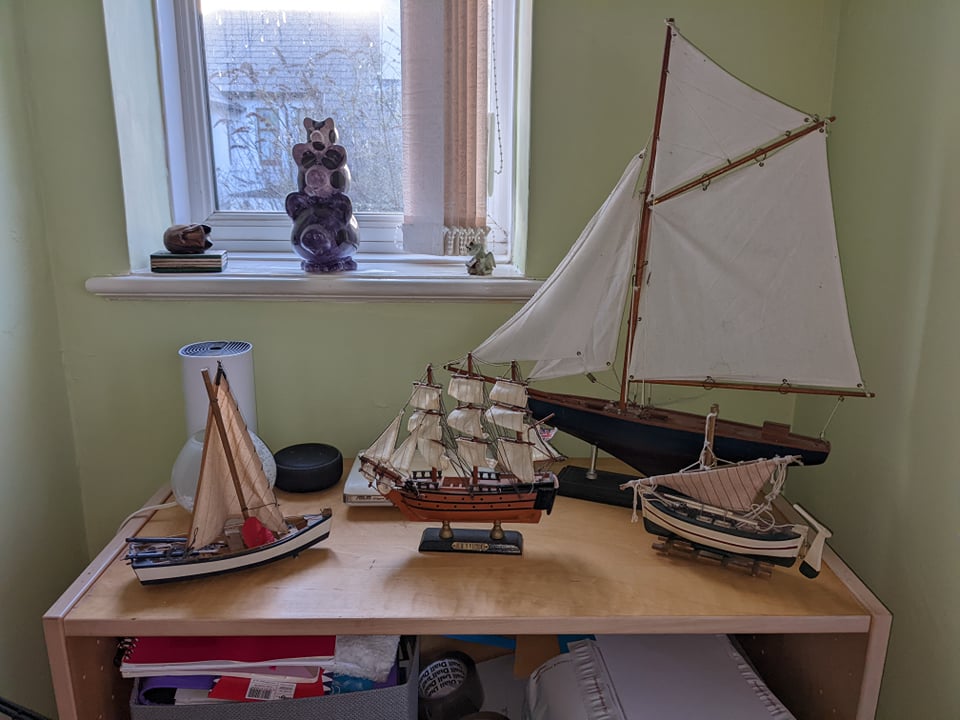 Richard and I went to London with a van to collect some of their possessions when we still thought they might make a go of living over here. I rather fell in love with a beautiful collection of wooden boats that Malcolm had in his study and mentioned how much I liked them as we were unpacking. To my surprise and delight, he insisted on giving them to me, to go with my wooden model of the Victory in my study. They look beautiful, and I feel as though there’s a little part of him sharing my workspace still. I’m working on a proper obituary for Malcolm. He had an interesting life, and I’d love to share it with people.

The end of the year was sad, and it wasn’t helped with two family members having covid over Christmas, though neither had anything more than cold symptoms. By New Year’s Eve, both were clear, which meant we could host what is rapidly becoming our traditional young people’s New Year Party. The kids all had a great time and we drank a toast to Malcolm at midnight.

And now it’s 2022 and we’re still struggling to sort out care homes and financial matters for Richard’s mum, which is even harder long distance. I’m trying to look ahead into 2022 and be hopeful, but I think I’m a lot more cautious than I was at the beginning of 2021. I think back then, with the vaccine in the offing, I was naively hopeful that the world would begin to calm down. This year, I’m less sanguine. The wounds left by the past few years are going to take a while to heal but heal they will. History suggests they always do eventually.

I’m hopeful for myself, though. I feel as though I’ve got my enthusiasm back for my writing, and my brain is teeming with ideas. I’m looking forward to Tom’s anthology coming out, and I’m excited for the publication of An Indomitable Brigade. Currently I’m finishing the edits for the rest of the paperbacks, and then I’m returning to This Bloody Shore, which is book three in the Manxman series.

At the beginning of last year, I had a long list of things I wanted to achieve during the year. This year, I’m reluctant to come up with a list, and yet looking at this blog post, although I didn’t manage to get the book out, I was very close, and I did manage quite a lot in very difficult circumstances.

So here goes. This year, I’d like to finish the paperback edits once and for all. I’ve got An Indomitable Brigade coming out very soon, and Tom’s anthology, and I’m determined to finish This Bloody Shore by the end of the year. I’ll be writing my usual three free short stories, and I’ve been asked to write another episode from Paul van Daan’s boyhood, which I’d love to do. I also have an invitation to write a story for another anthology which is completely out of my period and out of my comfort zone. It will be a challenge, but I’d quite like to give it a go, so we’ll see if it comes off.

I’d like to travel again. I dream of going to Castro Urdiales or Tarragona or Santander or Gibraltar, but I’m not prepared to book until I’m very confident I won’t be caught up in some last-minute lockdown. This year I suspect I’ll confine my travels to the UK, and possibly Ireland. After the restrictions of the last two years, even that will seem like a blessing. 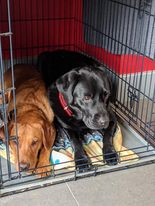 In the meantime, Happy New Year from all of us at Writing with Labradors. I know all of you will have had your highs and lows this year, and many will be a lot worse than mine. Thank you all so much for your support and enthusiasm and your sheer love of the books, the characters and the history. Let’s hope things improve steadily through 2022.