The Battle of Bussaco takes place at the beginning of book 2 of the Peninsular War Saga, An Irregular Regiment.  Lord Wellington had organised a retreat back to the Lines of Torres Vedras, the series of defences he had built to protect Lisbon from the invading French.  He was not in a position to push the French back at this point, so the battle was more of a delaying tactic, but it was very successful and made an important point to Massena.  It was also an opportunity for Wellington to try out the newly reorganised Portuguese army in battle and he was very happy with their performance.  In the book, Major Paul van Daan is newly married to his second wife and back on the battlefield without time for a honeymoon…

(From An Irregular Regiment: Book 2 of the Peninsular War Saga by Lynn Bryant) 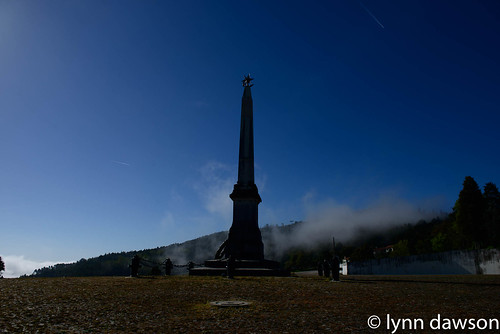 Monument to the Battle of Bussaco