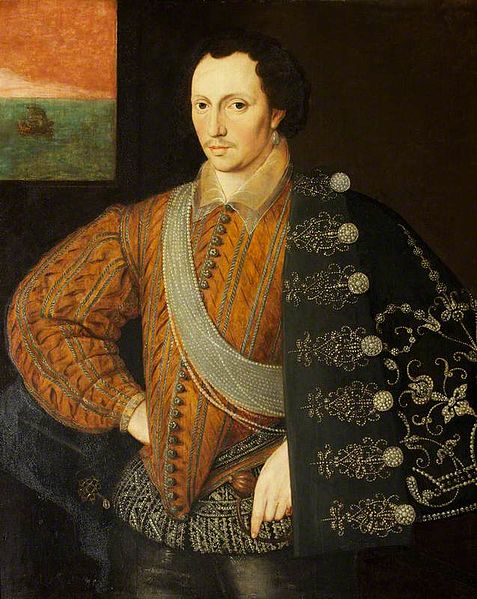 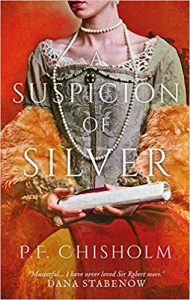 A Suspicion of Silver by P F Chisholm is another fantastic book in the series of murder mysteries set on the Anglo-Scottish borders in the sixteenth century. The author has done it again with the latest episode in the action-packed life of Sir Robert Carey. I wait for these books to come out, there is literally nobody out there who does this as well.

I’ve enjoyed every one of this series, but A Suspicion of Silver is, for me, one of the best. Carey is on the trail of the would-be assassin from the previous book and his quest takes him to Keswick and into the heart of a German mining community with secrets to hide. As Carey begins to dig further, it appears that there is more going on than he realises and the final chase through the mines after a sixteenth century psychopath is genuinely chilling.

As always, the author’s research is meticulous and she manages to present it in a way that is genuinely interesting without ever allowing it to swamp the storyline with too much information. I wouldn’t have said that I had much interest in sixteenth century mining techniques, but I found myself caught up in Carey’s world, as always, and I loved the way the author managed to convey the sense of a separate community with different customs which has already forged ties with the local people.

P F Chisholm’s characterisation is flawless and I find myself caring about even the minor characters like old friends. She manages to keep Carey true to his time and place while still making him immensely likeable. Carey finds it difficult to conceive of a woman reading books and yet is enthusiastic at the thought of buying them for his future wife.

I read this in two days and already want more. The cliff-hanger from the previous book was resolved but another awaits at the end of this one, and the only thing I have to say is “Please write quickly”. The world needs more Robert Carey as soon as possible.

For anybody who has not yet discovered Carey, the early books are now available in omnibus editions, Guns in the North, Knives in the South and Swords in the East. I highly recommend that you get started on them now, they’re absolutely brilliant.