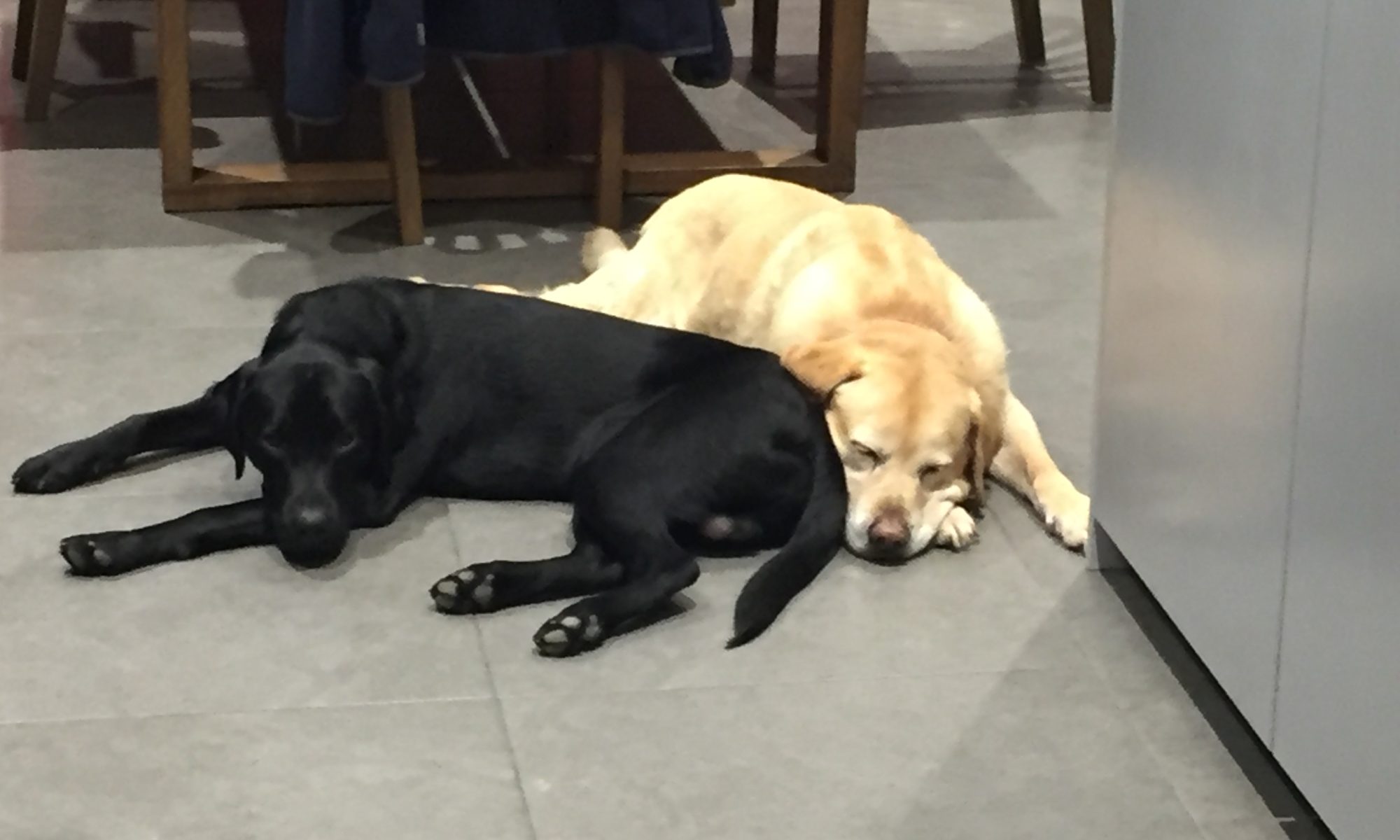 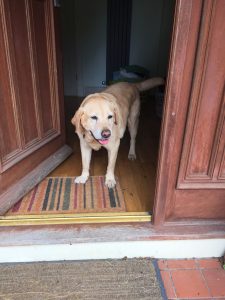 It’s been a stressful day at Writing with Labradors and the result of this is that my blog post about the Wellington Congress has been postponed in favour of the story of Joey the Brave, hero of the great Millennium Oak Wood battle of 2019.

Walking my dogs can be a slightly complicated matter these days, since Joey and Oscar have very different needs. Joey, at almost thirteen and with severe arthritis, and let us be honest, a bit of extra weight, cannot go the distance with one year old Oscar who can run all day. At the same time, the dogs love to be together and when I leave the house with Oscar, Joey will scrabble at the front door to try to join us.

My solution to this is to take Oscar on a long walk daily, and then to take the two of them out together two or three times a week, to a spot where Oscar can race around and Joey can just mooch. Beaches are good for this, but for a short trip I often drive up to Millennium Oak Wood which is a park in Douglas. 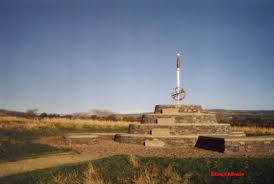 The park is usually packed with dog walkers. You get to know some of them by sight, usually finding out the names of dogs before owners. Most are very friendly. Some will be kept on the lead, a bit more wary. Since Oscar came on the scene, I’m very conscious that he can be a bit boisterous and always keep treats and the lead to hand in case he upsets another dog.

I’ve heard stories of dogs being attacked by other dogs and have always considered myself very lucky that in all my years as a dog owner it has never happened to me. Today it did. 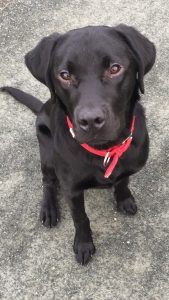 The dog was off the lead and his owner a fair way off, absorbed in her mobile phone. I’m guessing that her dog had never been aggressive before or presumably she’d have been more wary. The dog, which looked like a collie cross of some kind, was bouncy and definitely interested in Oscar. There was a lot of leaping around, as there often is, but no barking and no sign of aggression. And then quite suddenly, with no warning, the dog went for Oscar, its teeth at his neck, and pinned him to the ground.

It was one of those moments when time goes slowly. I was moving towards them, running and yelling. The dog’s owner was shouting although she made no attempt to move towards her dog to haul it off. I think I’d decided to give the dog a kick to try to scare it off, but I had no time to do so.

Something large and yellow and far too fat to run went past me at high speed and crashed into the dog, teeth bared and snarling. The collie let go of Oscar, who was yelping in pain, and turned, suddenly realising that our local pensioner had his teeth around its leg. It panicked, backed off, and finally ran to its shrieking owner.

I was kneeling down, trying to check if Oscar was injured, when I realised that the dog owner had taken off at a run, with her dog, out of the gate of the park. I will never understand why she didn’t stop to check that we were all right. Somebody else did, a really nice young guy with a huge dog, who walked me back to the car park to check we were all right. By the time we got there, Joey could barely walk, his back leg dragging after his unexpected charge. I wish I’d thought to ask the young man’s name, he was such a star.

Back home, and Joey was dosed with extra painkillers and given lots of love and praise. Oscar was definitely jumpy for a bit but is calm now. He’s not hurt, I think his very solid collar took the worst of it, there were marks on that. I’m a bit worried about how he’ll be the next time I take him out but I’m sure he’ll settle. Joey was uncomfortable for a while but has settled down and is snoring peacefully. 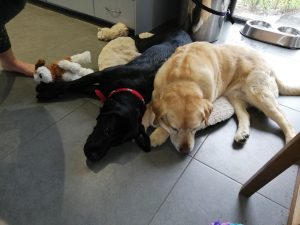 Joey and Oscar don’t tend to share a bed any more; they’re just too big and it wouldn’t be comfortable. But adorably, this afternoon when they got back, Oscar clung to Joey as if he was a puppy again. And Joey let him.

I’m so thankful that it wasn’t worse, and so grateful for the young man who helped us. Writing with Labradors reports that the company is intact, with only slight damage. Their report is as follows:

At approximately 16.00 hours the enemy attacked an outpost guarded by Lieutenant Oscar. For a short time it looked as though the lieutenant might be overwhelmed, but a surprise attack led by Colonel Joey caused the enemy to retreat in disarray. The commander-in-chief commends the bravery of Colonel Joey who will be mentioned in dispatches.

All troops have been checked over by the regimental surgeon and pronounced fit for duty, after some rest.