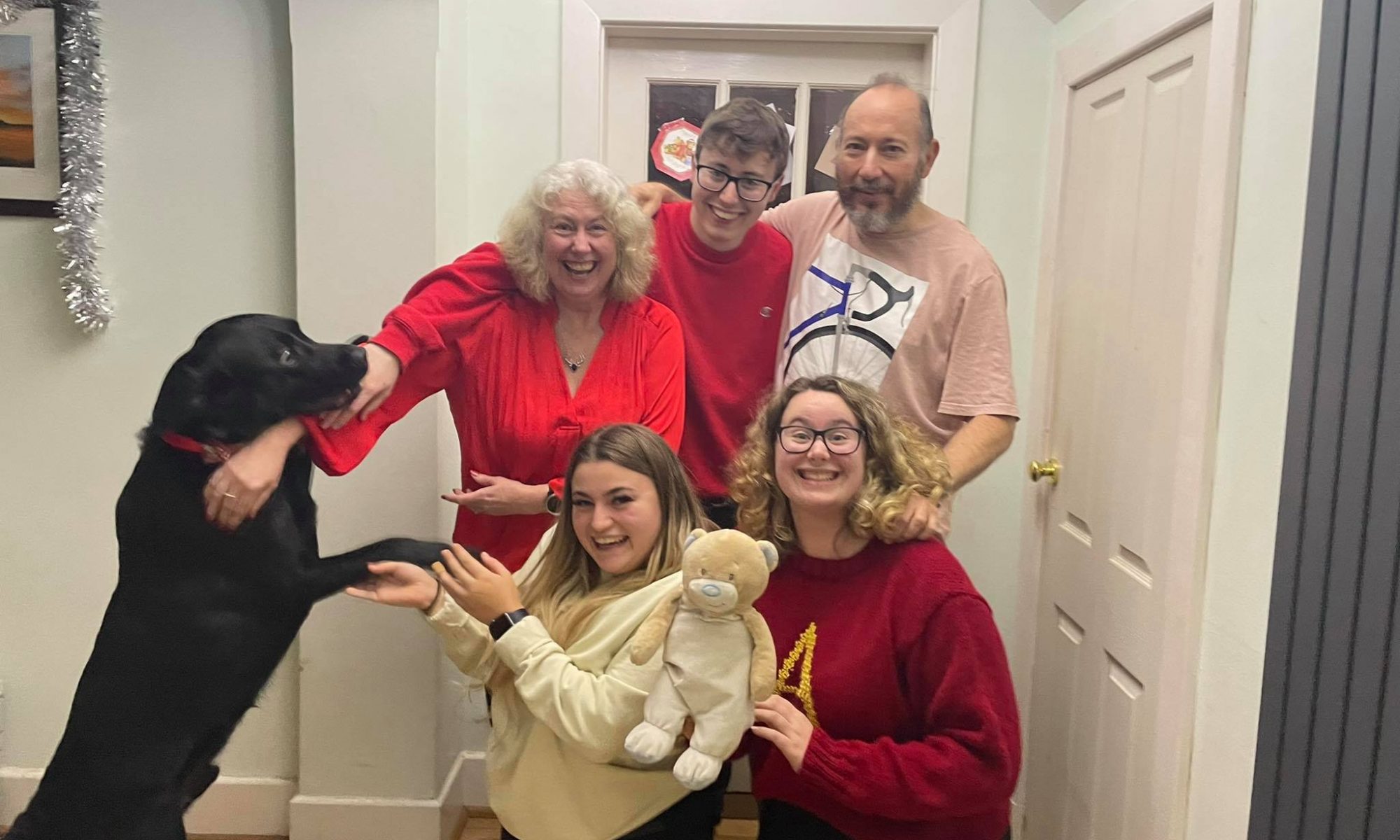 After a very successful walk yesterday, it’s both raining and blowing a gale outside. Oscar has made a few forays into the garden to do the needful, and a quick trip up the road, but apart from that, he has decided against the outside world today.

When he doesn’t want to go for a walk, Oscar actually drags his paws. You wouldn’t think a Labrador could do that, but in fact this is the second one I’ve had. Joey, our old yella fella, would stride out in any weather regardless but Toby, our first black Labrador would get to the end of the driveway and freeze in position if he didn’t like the look of the weather. Nothing shifted him. I tried bribery, training, yelling and tugging on the lead. Toby would do his business against the gate post then turn back towards the house in a purposeful manner. 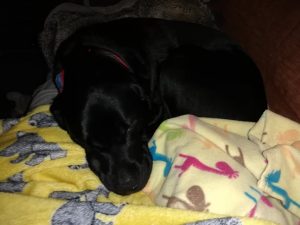 I don’t bother to argue with Oscar. He’s so active that the odd day without a long walk doesn’t hurt him. I’m not so keen myself today either. I had a poor night last night and after a reasonably productive day work wise I hit a serious afternoon slump at about ten to four. I’ve officially given up now and I’ve lit the fire and am dozing on the sofa with Oscar as I’m not cooking tonight.

One of the good points of my son working from home and being unable to go out with his friends is that he’s almost always willing to cook. He’s an excellent cook who can produce restaurant quality food and it’s quite a nice break for me. Steak is happening in the kitchen and it smells good. 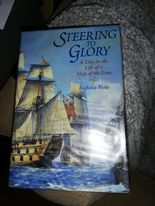 I’ve almost finished chapter two today. I don’t yet have a sense of how long this book is likely to be. My last couple were fairly long, but the Tarragona campaign itself was very short. Still, there are several plotlines running through it. More to the point, I will actually get to spend a bit more time at sea during this book. Both my previous naval books have been joint campaigns featuring both the army and the navy, but this one is purely from the naval point of view, so I’m doing a lot of background reading. Oscar is doing less background reading and more snoring, but he seems happy. 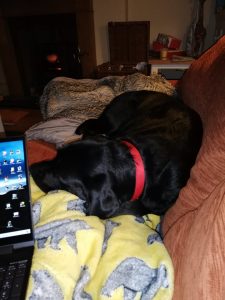 “I’d be a lot happier if you’d move that laptop, Mum. That clicking is disturbing me.”

“You mean my typing?”

“I do apologise, your Lordship. I was trying to do some work.”

Lockdown is odd, because my own routine doesn’t really change that much, but because my family is all at home all the time, my schedule is very disrupted. I quite like them all being around though, it’s very social. Oscar adores it and spends the day going from one workplace to another so that none of us feels left out.

The Man I Married is a bit obsessed with the news at the moment. Mostly, I try to avoid it, but when we meet up for lunch, I get my daily rundown of the latest from the USA. It’s like watching a really weird version of the West Wing but without a lot of the witty remarks. Still, it does take your mind off the UK.

My daughter has finished her essay. The pain is over. The trauma is gone.

“Are you trying to get rid of me?”

“Not permanently, love. Just until you’ve got something else to do…”

In the middle of all this, I find myself thinking about people with kids who are both working and trying to home school during this chaos. I remember how I was when the kids were young, and I was utterly devoted to them both and couldn’t wait to get them out the door to school or nursery. They needed the stimulation of mixing with other kids and adults and I needed some time away from them. It’s much the same now.

“Bet you’re ready for that too…” 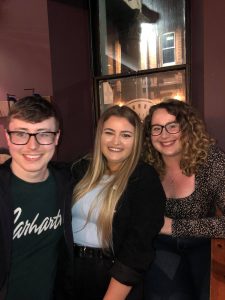 Evenings are nice, though. Generally, we have a tendency to drift off to do our own thing, but without the social aspect of work or seeing friends, our youngsters are more inclined to hang around the kitchen or living room watching TV, playing games or just listening to music. I’ve heard a few parents with teenage or adult kids saying the same. Ours are quite lovely generally, but very busy, so this is a bit of an oasis.

I’m also very happy that my son’s girlfriend has chosen to isolate with us again, and grateful that her poor mother doesn’t mind. She’s a joy to have and I don’t know how either of them would have coped apart. It does make me think about all the couples who weren’t at the point of living together who must have struggled with very tough choices through this.

We’re lucky. We’re lucky to be able to be together, even though we can’t all be where we really want to be. We’re lucky that so far we’ve had no job losses or financial disasters because of this mess. I’m so conscious of those who have, that I almost feel guilty. It’s a fragile security, but sometimes that has to be enough.

Lockdown plus point 6: Apart from home, which is a pretty nice place to be.