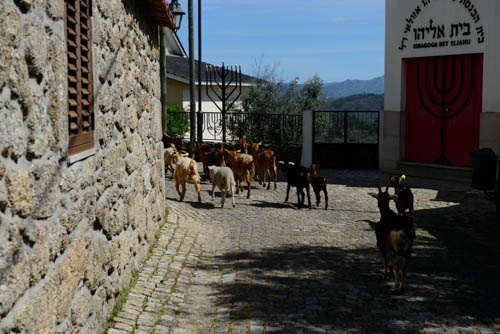 Our Peninsular War Saga tour took us off the beaten track in places, especially when we were trying to find the site of the battle of Sabugal.

They moved away at a run and Manson went forward to join Michael O’Reilly.  The Irishman grinned at him.  “Welcome to the light company, laddie.  You all right to fight, you’re as white as a sheet?”

“I’m fine, sir.”  Manson gave a brief smile.  “Why is he so insistent on us obeying orders?” he asked.  “He doesn’t normally say that.”

Michael glanced across at him with a quick smile.  “Clever lad,” he said.  “No he doesn’t.  He wants it to be very clear that we all have absolutely no say in this.  No democracy here.  He didn’t ask for Johnny or Carl’s opinion back there although he normally does before he makes a decision.”

Manson studied him through the mist.  “Because if it goes wrong it’s his responsibility.  Nobody else can be scapegoated.”

“Wellington’s a bastard,” Sergeant Carter said beside him.  “He lets them go yapping at the Colonel’s heels he’s going to get more than he bargained for.”

“You threatening the General, Sergeant?” O’Reilly said, lifting his arm to call his men forward.

“I wasn’t talking about me, sir.  It’ll be the end of kissing her hand and whispering sweet nothings at the headquarters ball.  I don’t know if he realises it, but she’ll carve his liver out and send it to Horse Guards in a box if he does anything that hurts her man.”

They marched into eerie silence.  Paul had drawn his sword.  Across the lines his drummers beat a steady marching rhythm, which made it easier for his men to keep in touch.  They made their way steadily up the hill.  He watched his light company moving ahead.  Their line was uneven, each pair of men covering each other, running up and past each other then dropping into firing position.  He had watched them so many times on the training field, had run with them and yelled at them and called them names, and he felt his stomach clench knowing that the decision he had just taken might get many of them killed.

(From ‘An Irregular Regiment’ by Lynn Bryant, book two of the Peninsular War Saga)

We started this day driving out to the little town of Sabugal.  It isn’t one of the better known battles of the Peninsular War and many people have never heard of it.  Sadly it wasn’t included in my battlefield guide, but I found a brief description online of how to get to the site here.  It was surprisingly easy to follow and we drove down to the simple plaque which commemorates the battle and then on down to the edge of the Coa to look across at where the light division advanced from. 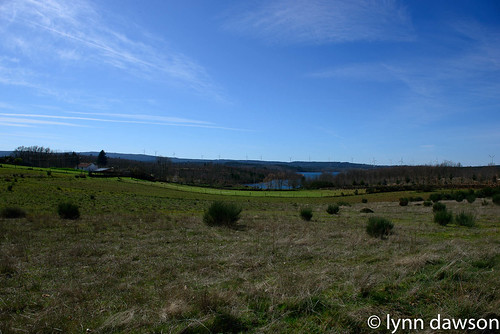 The river here has been dammed into a lake, but even so it is very easy to look up the hill and imagine how it must have felt marching up into the fog without being able to see the enemy.  It was one of General Erskine’s worst blunders during his time with Wellington’s army.  General Craufurd was on leave in England and the half blind and very mad Erskine is in temporary charge of the light division.   In my novel, Lord Wellington has given the job of babysitting Erskine and keeping him from making any disastrous mistakes to the recently promoted Colonel Paul van Daan at the head of the 110th and 112th infantry along with a battalion of Portuguese cacadores.  Paul is faced with the decision to follow the first brigade of the light division into the fog against orders or letting them get slaughtered. 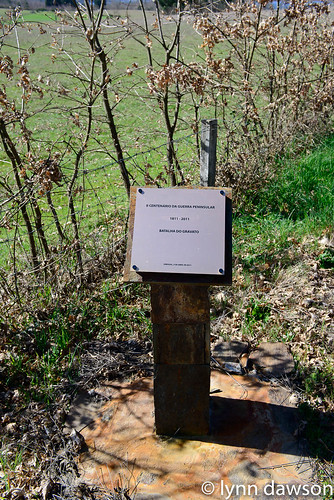 Memorial to the Battle of Sabugal, 1811.

Sabugal itself has a pretty castle and a tiny interpretation centre dedicated to the Sephardic Jews of Portugal who either fled or went into hiding under the inquisition.  This part of our trip was nothing to do with my writing, but was something of a journey into family history for Richard, whose family on his mother’s side were called Nunes da Costa, and were from this part of the world originally.  From Sabugal we drove to the little town of Belmonte, with which I fell in love.  It helped that the sun shone but we were entranced by the lovely little houses, with flowers everywhere and delighted by the castle, the various churches and the pretty synagogue along with the fact that boards outside cafes and restaurants advertised kosher food.  There wasn’t enough time to do Belmonte justice although we did enjoy a picnic in the central square next to the fountain, but it is on my list of places to come back to. 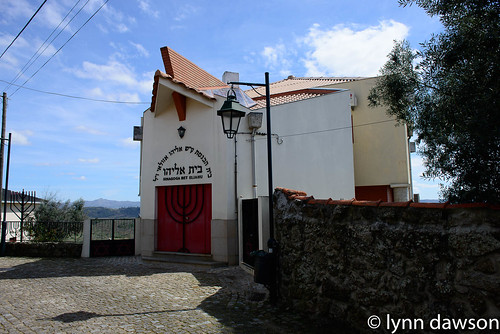 Back to Wellington’s army, we drove on to the ruins of the immense fortress at Almeida and retraced the steps of General Robert Craufurd’s near disaster at the bridge over the Coa.  This was one of those battles I had found hard to understand and standing on that bridge it all fell into place.  In An Unconventional Officer the action at the Coa takes place off stage although it was important and is often referred back to.  I have a feeling it would make a good short story later on. 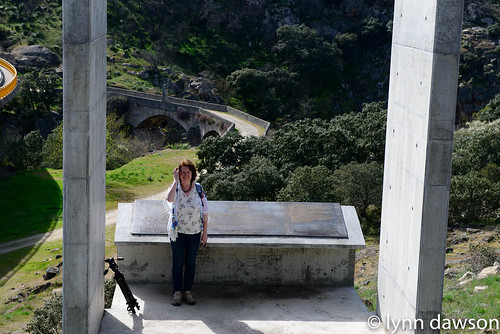 Memorial to the Battle of the Coa, overlooking the bridge

After the Coa we drove up for a brief photography stop in Freineda, Wellington’s winter headquarters for two seasons, both 1811-12 and 1812-13.  I had seen so many photographs of the house it was odd to see it in real life. Sadly it wasn’t open and our tour is too rushed to work out how to get the key so we’ll have to wait for another trip for that. 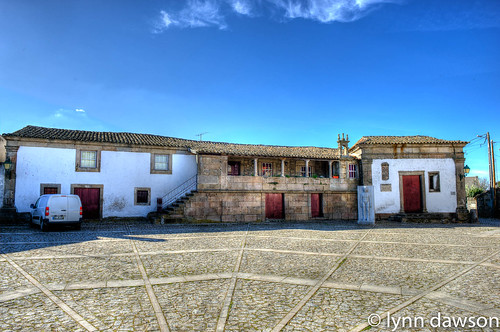 We drove back through Vilar Formoso, although there is little sign of the pretty village which housed one of the hospitals where wounded were taken from the battle of Fuentes d’Onoro.  Many of Wellington’s staff and officers were billeted there and after the battle, grave pits were dug behind the large house where the hospital was located.  In the book, Anne van Daan is initially billeted there but moves on fairly quickly to avoid the smells of the hospital and the graves.

Our final stop of the day was Fuentes d’Onoro.  Thanks to our brilliant battlefield guide, we were able to stand by the Dos Casa stream where the English and French exchanged cigarillos and food during a brief break in the fighting and look up at the ridge where Wellington temporarily overextended his line and was saved by the brilliance of General Craufurd and the light division, which by then, in my saga, included the men of Colonel Paul van Daan’s third brigade. 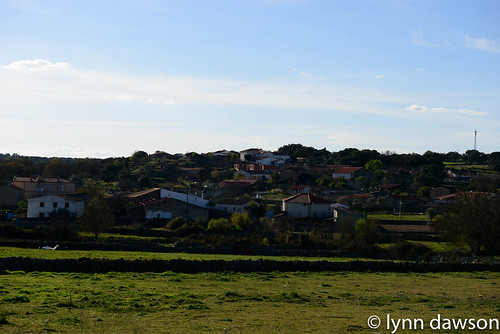 Fuentes d’Onoro looking up from the French position.

An amazing day.  By the end of the day I felt as though I’d been walking in the footsteps of Wellington’s army and I loved every minute of it. I’m so grateful to the man I married for acting as driver and photographer and for letting me bore on about history for the whole week and I think the books will be the better because of it.