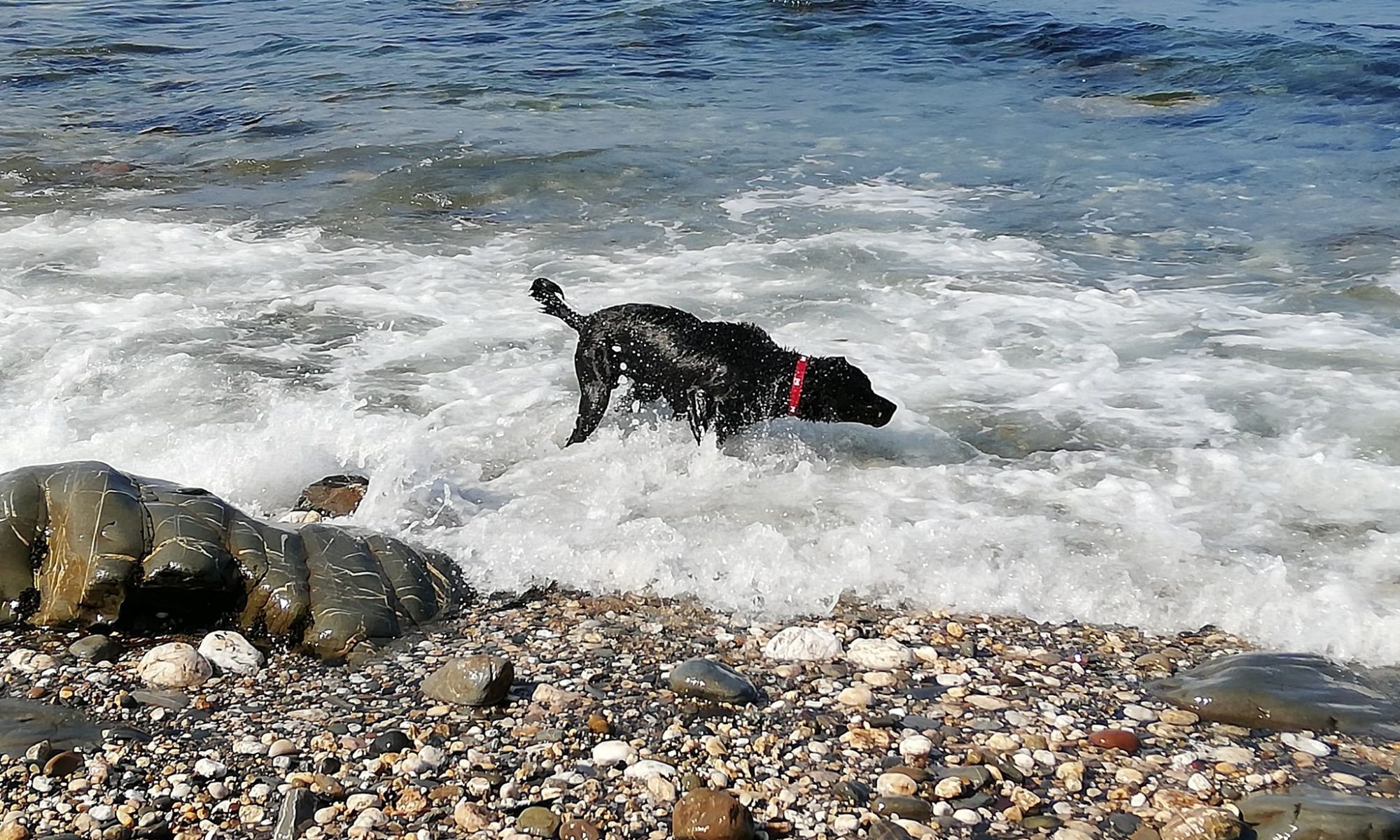 There was a slight delay in the opening post of Oscar’s weekly adventures, because of the sad loss of Joey. We’ve all been struggling a bit with this, but Oscar and I agree that it’s time to get back into action again. Joey was very enthusiastic about the new series, and gave us some excellent suggestions in the weeks before he died. According to Oscar, he is still getting excellent suggestions from both Joey and Toby, many of which seem to involve stealing food from kitchen surfaces and trying to get books down off my shelves. I’m not sure about this. Either Oscar is a Medium and is receiving messages from the doggie spirit world or he thinks he can blame his crimes onto his departed brothers. Could be either, really.

Anyway, we did these two walks a few weeks back. Oscar loves Groudle Glen and beach and I wanted to walk up to St Adamnan’s Church and take a few photos since both these locations featured in my Christmas story, Colby Fair. We’d had five days of rain and then unexpectedly, after lunch, the sun came out and it was a beautiful, cold afternoon when we parked and set off up a narrow road towards the church.

“It’s a building where people go to pray.”

“I don’t know, Oscar. You’d have to ask some other dogs.”

“I’ll ask Joey. And Toby. Toby must know this stuff. He knows a lot more than he did when he was alive.”

“It would be hard for him to know less. Stop pulling, Oscar.” 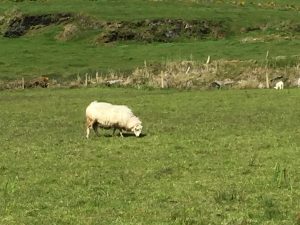 “You’re not like Joey, I must say, he’d have been trying to get over that gate to visit the sheep.”

“I always knew Joey was brave. I’m not going near that thing. What’s that?”

“It’s partly ruined, Oscar. Come and have a look round.”

There has been a church on this site since the middle of the fifth century, and it was probably a centre of pagan worship before that. The first church or keeill was built by travelling monks on a main pack horse road between Douglas and the north. There was a well with running water and it was close to two good landing beaches. The church was rebuilt a number of times and remained the parish church until 1733 when parishioners complained that the location was inconvenient, and it was decided to build a new parish church in a more central position.

After the new church was built, which took almost 100 years, St Adamnan’s fell into disrepair, but fortunately was not demolished. It was rediscovered when John Quine became Vicar of Lonan in 1895 and he set out to restore the ancient building.

“Why doesn’t this half have a roof?”

“It’s a ruin. This is the old part of the church. The other part was restored later on, it’s still a church.” 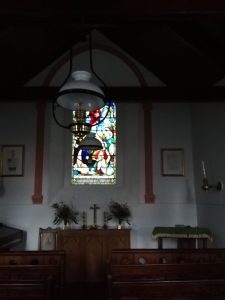 “If you promise to be very good. I’d like to take some photos.”

“Good. I HATE posing for photos when I’m out, I don’t like standing still.”

“All right. Let’s have a quick look round the churchyard and then we’ll drive down to Groudle. There are some Celtic Crosses here.” 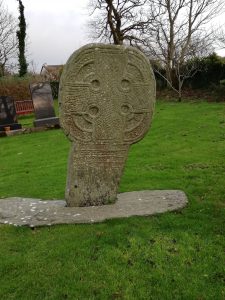 “Boring. Can we walk to Groudle?”

“Because it will be dark soon, and you don’t like walking when it’s very dark.”

“Who does? It’s full of shadows and weird shapes and those big woolly things.” 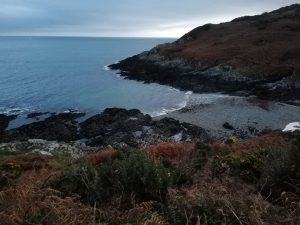 Groudle Glen is close to Onchan and is formed in a valley leading down to a small beach. It was developed as a tourist attraction in the nineteenth century when it was planted with a variety of trees. In its Victorian heyday there were bowling and croquet greens, a holiday camp on the headland and a water wheel. The wheel was still visible until very recently, when it was removed for restoration. There was a refreshment kiosk, a bandstand and at the edge of the glen, a small zoo featuring sea lions and polar bears, created by damming a small cove. This was reached by a narrow gauge steam railway, which still exists today and is run by a dedicated team of volunteers.

The glen was a major tourist attraction in Victorian times, with a dance floor, a bandstand, a playground, stalls, kiosks and even a fortune teller. Most of these have now disappeared apart from the railway, and the glen today consists of peaceful footpaths which are much frequented by dog walkers. 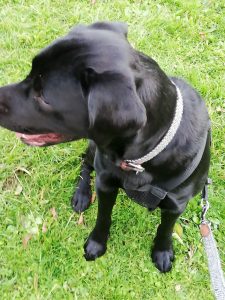 “DOOOOOOOGS! I love coming down here. There are smells and water and a beach and trees and paths and mud and other DOOOOOGS!”

“Calm down, Oscar. You’re supposed to be giving our readers a description of the glen and the beach from a Labrador’s point of view.”

“I know, Oscar. Some dogs chase sheep, you know.”

“I know. Behind me. Last week you nearly tripped me up by wrapping the lead round my legs when you saw a sheep. It was half a mile away on the other side of a fence.” 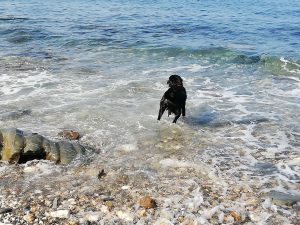 “It looked at me funny. OMG it’s the SEEEEAAA!!! Swimming! Throw the ball, Mum! Further than that! Aren’t you coming in, it’s great!!!”

“Maybe in the summer, Oscar.”

“Come on, Oscar, I want to walk up the path to the railway track before it’s dark to take a photo. You could do with a run to dry off a bit.”

“I don’t need to dry. I’m a Labrador, we like water. I can run round like this all day.”

“Back to the car then, Oscar. I’ve got your towel there. Was that a good walk?” 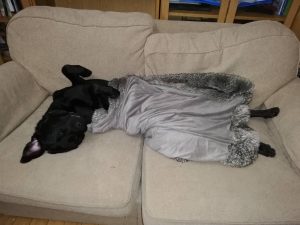