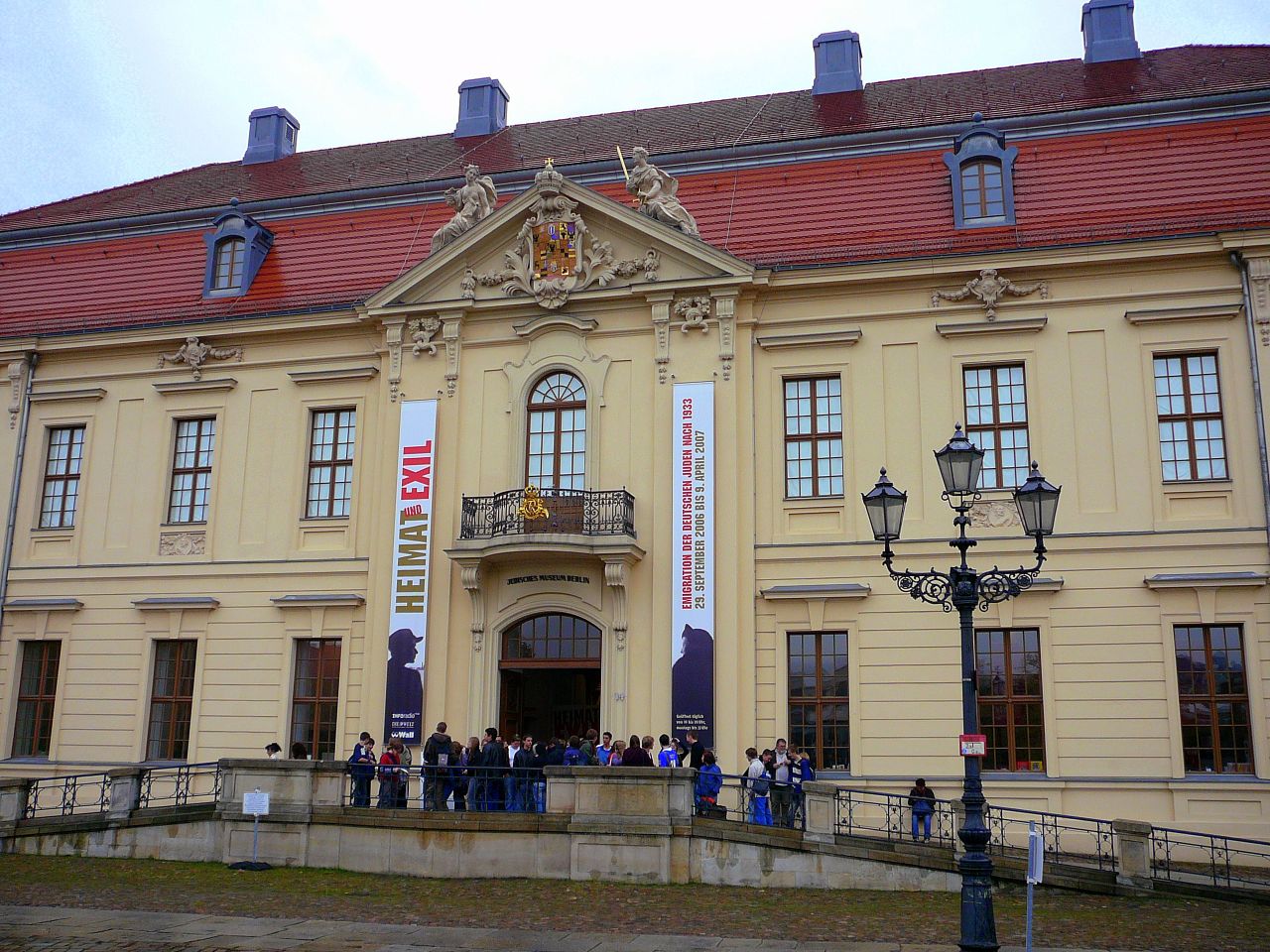 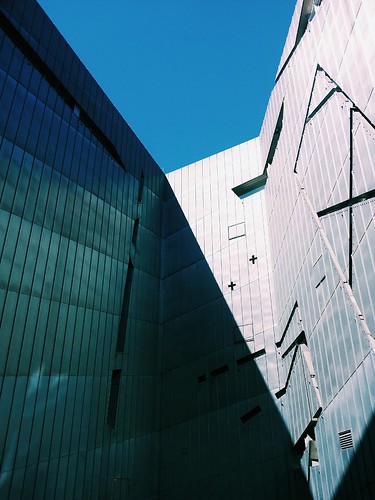 Jewish Museum in Berlin, August 2017 – a review by Lynn Bryant

The Jewish Museum in Berlin was one of a list of places we wanted to visit while we’re here, and it just happened to be the first we picked.  We had several other places on that day’s itinerary and we made it to none of those because the Jewish Museum kept us going all day long.

The buildings themselves are fascinating.  The entrance is in the Collegienhaus, the last baroque palace in the Friedrichstadt area of Berlin, a protected building in it’s own right.  Once inside, the permanent exhibitions are housed in the Libeskind  building, which zigzags with a titanium zinc facade and is open to interpretation as to what Daniel Libeskind, the American architect intended to represent.

I found the building itself slightly disturbing.  For some reason I felt at times as though I had become caught in an Escher maze with a bewildering variety of levels, sloping floors and unexpected corners.  The building itself seems to be part of the exhibitions, demonstrating the sense of displacement and confusion of the history of Jewish people in Berlin.  But it isn’t the building that I will remember in years to come.  It is the variety, the depth and the sheer volume of the information contained in the exhibitions.

The various galleries take the visitor through the history of the Jews in Germany from earliest mentions through to thriving communities in towns and cities.  All to often these were disrupted by violent pogroms where people were killed, tortured and driven into exile.  The impressive thing about the German Jewish community, looking at some of the episodes in it’s history, is that it survived as well as it did coming into the twentieth century.

How many people know about Gluckel of Hameln who was a Jewish businesswoman and diarist in the late seventeenth and early eighteenth century?  Anyone?  I certainly didn’t, but the section devoted to her is completely amazing, with maps showing not only her business interests but the way she married off her many children to advantage.  Her story is definitely on my list to read, she is a woman I could write about.

The story of the rise of Hitler, the holocaust and the subsequent fate of the Jews in Europe is very well known.  Married to a Jewish man, I always find exhibitions like this very moving and at times quite distressing.  This one covered not only the events of the war but some of the war crimes trials which followed it.  Most of this was already known to me which did not make it any less interesting or emotional.

What I didn’t know was very much about the history of German anti-Semitism through the nineteenth century and early twentieth century.  Reading the long list of events and acts against Jewish inclusion into German society I was slightly shocked.  At the same time, I felt as though it put the rise of the Nazis into perspective for me as nothing else had.  Suddenly it became very clear how Hitler was able to tap in to this traditional suspicion of the Jews to create the scapegoat he needed. 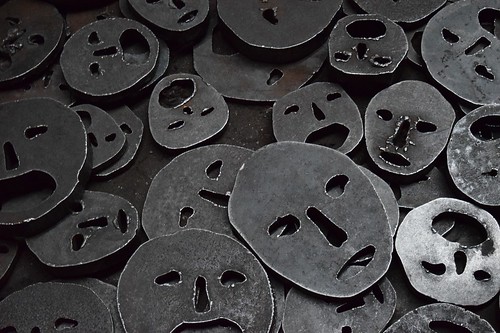 This museum hid nothing and excused nothing and held nothing back and I have an enormous respect for it’s honesty.  There is so much there, we quickly gave up any idea of moving on to other museums, went for a break in the cafe and then returned to do the rest of the exhibition properly and it was well worthwhile.  Everything is translated into English, films and visual exhibits have English subtitles and there is a very good audio guide which can be borrowed.  I came away with a strong sense of having learned a lot about a subject that I thought I knew fairly well and that is always the sign of a good museum for me.

A bonus was the temporary exhibition entitled Cherchez la Femme which presented a wide range of ideas and views regarding women’s head and body coverings in both a religious and secular context.  The exhibition looked at historic and modern day attitudes in various religions and gave a balanced and often provocative view of how much choice a woman has over how she dresses depending on where and how she lives.  It was completely fascinating and one of the highlights of the museum, genuinely causing me to rethink some of my own positions on this.

This was one of the best museum visits I’ve had in a very long time.  I’ve now got a long list of new subjects to research and read about and a lot of new ideas burbling around in my brain.  And it was only day one of our trip.  I was worried I’d be exhausted by day three…