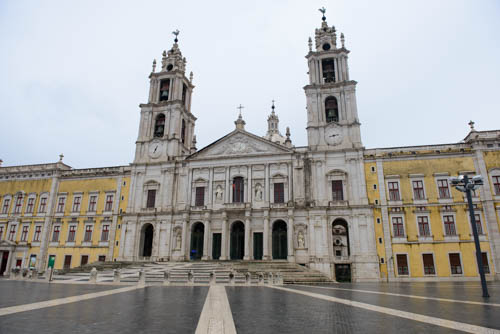 The Lines of Torres Vedras were an extraordinary achievement, their existence hidden from the French for many months.

“This is a matter of the utmost secrecy, Major,” Wellington said. “I do not wish this to reach anybody, even your own officers. Before we proceed, I need your word on that.”
Paul was puzzled. “You have it, sir.”
“Good. Because Sir Richard has some drawings to show me, and I would like to know what you think. Come over to the table.”
Paul got up and followed his chief to a long table at the other end of the room. There were a number of maps and drawings laid out upon it. Fletcher drew one towards him and pointed. It was a map of Portugal, with drawings and notations over it. Paul studied it for a moment. Then he set down his glass, leaned on the table and looked closer. Nobody spoke for some minutes.      After a while, Paul looked up at his chief.
“Bloody hell!” he said. “Is this how you’re spending the winter?”

(From An Unconventional Officer by Lynn Bryant, to be published in May 2017)

The meeting above was Major Paul van Daan’s introduction to the Lines of Torres Vedras, Wellington’s ambitious defensive system which created three lines of fortifications to stop the French taking Lisbon again.

Touring the lines for the first time, I was surprised at the sheer scale of the project.  Driving through the countryside, there were signs everywhere  pointing to ruined forts and redoubts, and we visited various visitor centres and interpretation centres.

It rained all day which was a shame, because the fantastic views from the heights which we saw yesterday were shrouded in mist.  Still it was atmospheric driving up the unmetalled road around impossible bends to the high point of Serra do Socorro which was the main semaphore station during the war.  There is a hermitage at the top with an exhibition which concentrates on Wellington’s communication system along the lines.  Wellington used to ride up here most days from his headquarters in Pero Negro.

Going back down the hill we drove to the little village of Pero Negro where Wellington had his headquarters during the winter of 1810.  The house, Quinta dos Freixos, belonged to Baron Manique and is now privately owned but can be photographed. 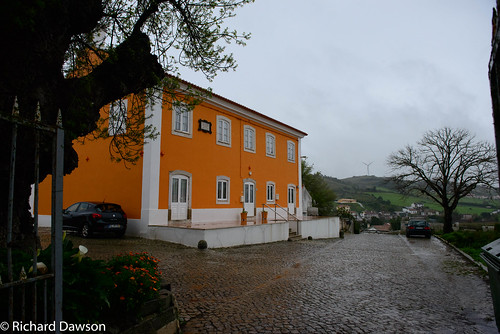 From Pero Negro we drove along winding roads through valleys and up and down hills, following paths which must have been daily ridden by the officers of Wellington’s army during those difficult days.  Arriving at the pretty town of Arruda dos Vinhos we visited the small visitor centre at the Centro Cultural do Morgado.  This area was the centre of operations for Robert Craufurd’s light division and the streets would have been populated with Portuguese cacadores mingling with the redcoats of the 52nd and 43rd light infantry along with the green jackets of the 95th rifles.

From there we followed the trail to Mafra to the magnificent National Palace.  This building was occupied by the Portuguese royal family before they fled to Brazil and subsequently by the French, Spanish, British and Portuguese armies.  The English established a military hospital there and later, Marshal Beresford requested permission to establish a recruitment and training centre for the Portuguese army there.  Today it is the home of the Escola Pratica de Infantaria training the modern Portuguese army.  The visitor centre gives fascinating insights into how the presence of foreign armies affected the ordinary people of the region, especially in terms of provisions and the requisition or purchase of supplies. 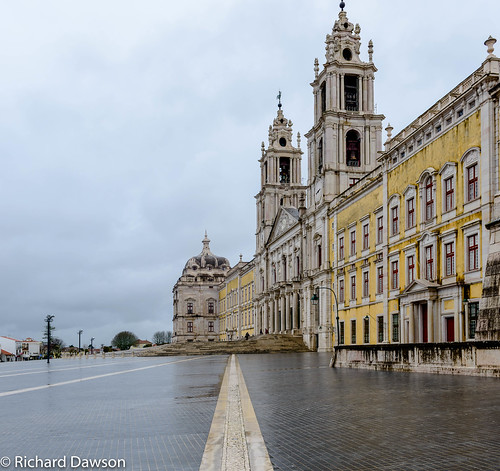 I went back to Torres Vedras feeling slightly sobered.  I have tried to give some indication in the books about the impact of war on the local population, but I feel somehow that I’ve missed something and might want to revisit it.  We have both been slightly surprised by how important this war seems to have been in this part of the world.  For many English people, the Peninsular war is just part of the great war against Napoleon and very few are aware of the huge number of refugees who were displaced from homes and farms and villages, fleeing with the English behind the lines so that Wellington could proceed with his policy of scorching the earth and starving out the French.  Even worse, and this was not really mentioned anywhere we went today, was the fate of those Portuguese people who chose not to follow instructions and flee south.  For them, the starving French army was a plague of locusts who stripped them of everything they owned.

When finally Massena was obliged to give up and retreat back to Spain, pursued by Wellington’s army, their fate was even worse.  The Anglo-Portuguese army was able to follow the French by the plumes of smoke rising from burning villages and towns, and writings of the time report civilian bodies lying in the streets.

In a small town in England, the central square is likely to be occupied by a monument to those who died in the first or second world wars.  In Torres Vedras, outside our hotel, the monument is to the horrors of the French wars and for me being there brought a genuine sense of the impact of that war on this country.  Wellington was here fighting the war and English soldiers died, but the tragedy behind it was that of Portugal, of the men, women and children who suffered as the armies marched across their homeland.