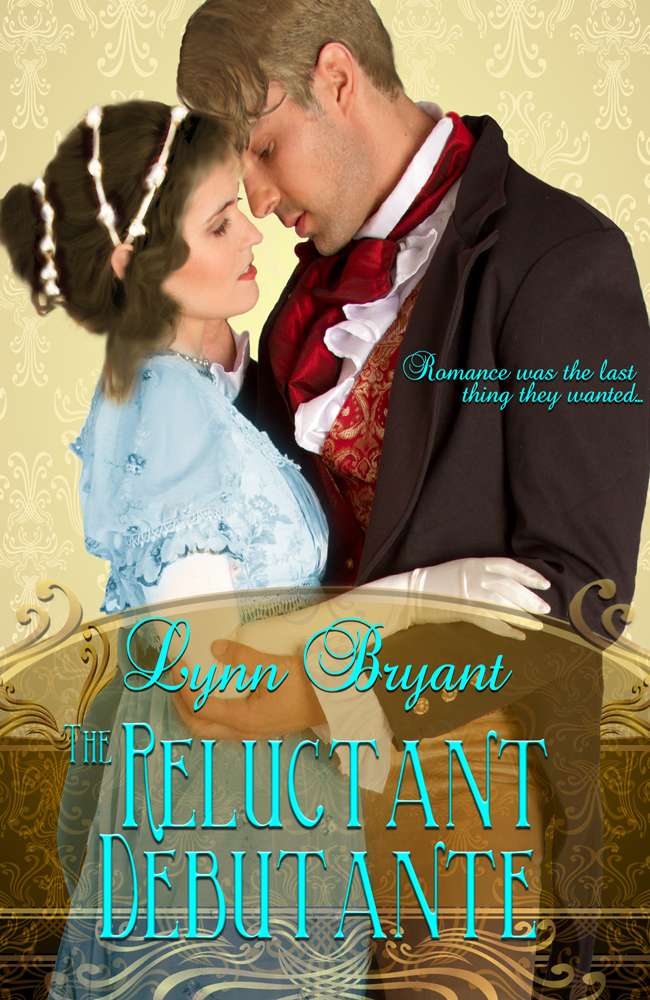 My next book to be published, ‘The Reluctant Debutante’ was originally aimed at the Mills and Boon market.  A number of people in the publishing world who had said fairly complimentary things about what they’d seen of my writing had urged me to try to make my books more marketable by aiming them at a specific market, and Mills and Boon were one of the places suggested, notably by the readers on the amazing Romantic Novelists Association New Writers Scheme.

I took a long, hard look at the Mills and Boon historical fiction line and read a fair few of them before I decided to make the attempt.  I will be completely frank when I say I hadn’t read a Mills and Boon since I was a teenager, and I’d always assumed that I’d grown out of them, but I have to say I did them an injustice.  The point about Mills and Boon is that although they have the reputation of writing to a formula, actually there’s a huge variety of styles and published authors, some of whom I quite liked and others not so much.  There are very definite conventions about the structure of the books and what is and is not considered a good idea.  When I decided to take advice and try to write a Mills and Boon historical, I did a lot of research into this.

My first two attempts were complete failures.  I had already written ‘A Respectable Woman’ and ‘A Marcher Lord’, and I tried hard to adapt both of these to fit the Mills and Boon requirements, but it became fairly clear early on that I wasn’t going to manage it.  ‘A Marcher Lord’ is very much a historical novel, set in a specific place and time.  There is a lot going on which is crucial to the plot and try as I might I could not adapt it enough.  ‘A Respectable Woman’ seemed like a better prospect, but I ran into difficulties immediately because I was told that it was important for the hero and heroine to meet early on in the book and then to spend most of the rest of the novel either in each other’s company or at least thinking and talking about each other.  It’s fair enough.  Mills and Boon readers have come looking for love, and that’s what they expect to get.

My problem was that both my heroes and heroines flatly refused to cooperate.  Jenny was better behaved in terms of showing up and being in the right place to fall in love with Will, but he was completely uncooperative and cleared off to fight a war almost immediately.  It probably wasn’t his fault because the English had just invaded, but it rather left the poor girl hanging about, and far from waiting eagerly for his return, the wretched girl was still dreaming of the man she left behind her.  That was a complete disaster in terms of Mills and Boon, by the way.  They were not happy about Jenny’s adolescent crush and needed him gone.  I did try, but it immediately took out a huge chunk of my plot, and that left me stranded.

Philippa and Kit were even worse.  They barely met for five minutes before taking off at speed to do other things.  He went off to fight the Crimean War: soldiers are completely unreliable when it comes to location, by the way, the only way you can keep them in one place is to injure them.  As for Philippa, not only did she put herself firmly beyond the pale by killing a man – in self defence, admittedly, but it’s still not okay for a Mills and Boon heroine, I’m told – but she then took herself off and got a job, and not a particularly glamorous one.  Once again, I did my best to make the necessary changes, and I think I could have got Kit under control, but Philippa was having none of it.  I either had to change her behaviour so much that she turned into a different person, or I needed to think again.

Out of this frustrating process, was born ‘The Reluctant Debutante’.  I grew up reading Jane Austen, Georgette Heyer and Jane Aiken Hodge books and I loved them, so when I decided to try a Mills and Boon historical from scratch, the Regency was the first period that came to mind.  The stylised tradition of the genre would hopefully make it easier to keep my somewhat wayward characters under control, and I rather liked the idea of a bit of glamour and sparkle for a while after struggling with the blood and gore of sixteenth century battles and the slums of Victorian London.  I was very strict with my characters, I moved the action firmly to post-Waterloo London and gave Giles a very good reason to have sold out, and I gave Cordelia a fairly conventional background with no incentive to go taking off saving lives or earning a living.  This time, I thought I had cracked it.

Sadly not.  Once again, the novel came back with a selection of very complimentary remarks about style and characters, but it was not for Mills and Boon.  This time, although my characters were in the right place, doing roughly what they were supposed to be doing, it appeared that there was not enough conflict between them.  Reading between the lines, I think Cordelia was simply too down to earth and sensible.  I tried a few rewrites on this, but every plot device I came up with to heighten the sense of drama in this relationship was immediately shot down in flames by my alarmingly level-headed heroine, who raised a supercilious eyebrow and simply picked up a book.  It wasn’t happening and I put Cordelia and Giles sadly to one side and accepted that despite my huge admiration for the women and men who write for Mills and Boon, I’m simply not one of them.

Still, I admit I had a lot of fun trying and it was very good experience.  It made me practice sex scenes, since a lot of Mills and Boon books are very keen on those, and that’s been useful since.  It did make me think very seriously about the kind of books I write.  I wasn’t sure at the time if I would write another   Regency romance, but it did make me do a lot of research into the period and it reminded me how much I enjoyed it.

The Reluctant Debutante has changed a good deal since it’s first incarnation.  Once I realised that Giles had fought at Waterloo, and knowing the type of person he is, I felt very strongly that fighting under Colonel van Daan in the 110th would do him a great deal of good.  The Reluctant Debutante has proved my most popular book so far and from that has come my other 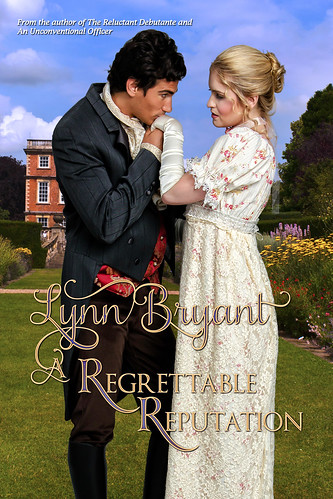