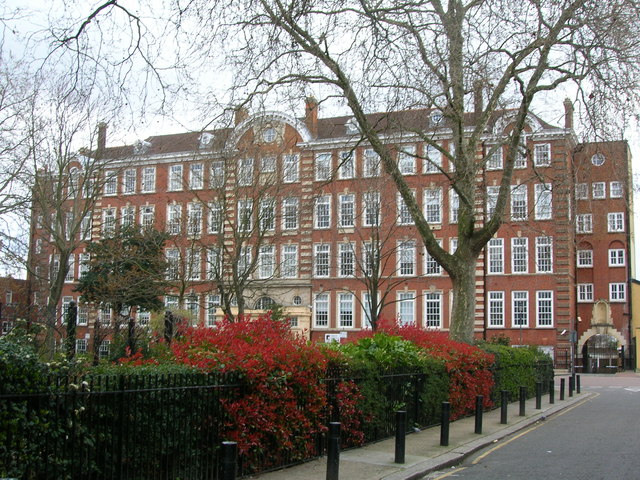 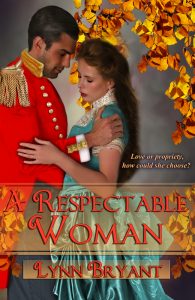 A Respectable Woman was the first full length novel that I ever wrote. I had recently joined the Romantic Novelists Association new writers’ scheme and the book was submitted to that. It got a second reading and a very good report, but in the end it wasn’t picked up by the agent it was sent on to.

I suspect that may have been my fault. There were discussions with the agent, but it seemed this book, as with so many of my other books, could not easily be fitted into a popular genre at the time. We are talking about fifteen years ago now. It was too historical for pure romance publishers and of the wrong period for publishers looking for historical; I can’t remember the number of times I was asked if I could write Tudor or Viking or Roman because Victorian was not marketable.

Mills and Boon were very complimentary about it but there were certain aspects of the book, particularly the heroine, which did not fit their requirements. In particular, they had issues with the fact that the hero and heroine spent too much time apart, living their own lives and asked if I could rewrite it to get them together in the first chapter and keep them together. Any conflict, it appeared, needed to be internal to the relationship. I did try this approach but it resulted in a completely different book with two wholly different characters and I didn’t much like them.

As time went by I put this book aside and wrote others. It was only in 2017 when I finally made the decision to go the independent route, that I decided to dust off and re-edit this book. I’m very glad I did, it’s not my best selling book but I’ve had some amazing reviews of it. Re-reading it makes me smile; I can see echoes of later books and later characters in this novel. And because I love connections, I did write one in; for readers of the Peninsular War Saga, Major Gervase Clevedon of the 110th and then 112th was the childless uncle who left his estate to Kit Clevedon, the hero of A Respectable Woman.

There is a possible sequel to this book; before Paul and Anne’s adventures in the Peninsula took over, I planned it out and I even wrote a couple of chapters. I hope one day in the future to go back to it.

Ironically, as I was writing this web page, I heard the news that Raines Foundation School, which I attended in the 70s and which is the model for Wentworth’s School in the book, is very likely to be closed down shortly, after celebrating 300 years educating children in the East End. I’m sure there are good reasons for this, but it makes me very sad that a better solution cannot be found. Perhaps the school needs some changes; I’m aware that it is one of the only remaining Church of England schools in Tower Hamlets, and I wonder if that is affecting pupil numbers.

Raines has changed and adapted before; just as I was leaving in 1980 it had moved from being a grammar school to a church school, amalgamating with St Judes, another local school. I would love to think something similar could happen again. If it doesn’t, and if the school closes, at least A Respectable Woman leaves a very brief glimpse of what it might have been like to live and work in the old Raines many years ago.

A Respectable Woman tells the story of Philippa Maclay, daughter of a missionary who is left alone to make her way in the restricted society of mid-nineteenth century London.  Taking a post at a charity school in the East End she is torn between her love for her work and the girls in her care and her relationship with Major Kit Clevedon, a man to whom she can never be more than a diversion.

Kit Clevedon is the younger son of an Earl, estranged from his father and brother and a career soldier. A marriage with the daughter of a missionary is impossible; a liaison of another kind seems like an excellent solution but Philippa has other ideas.

Through the turbulent wars of the mid-Victorian years, Kit and Philippa have their own battles to fight before reaching a new understanding of what they have come to mean to each other.

What the Reviewers say about A Respectable Woman

“I enjoyed this book immensely. The writing and characterisation are excellent, and it is very easy to lose oneself in the story. The plot (no spoilers) has plenty of ‘ups and downs’ but it isn’t one of those where you are almost scared to turn the page because you are waiting for the next awful thing to happen to your favourite characters. However, it is in no way boring with no end of witty repartee between the male and female leads and several ‘heart in the mouth’ moments.”

“An excellent story. Not a simple romance but the interesting lives of two people who meet occasionally until their separate issues are resolved and then we get the ending we had been waiting for from the very beginning.”

“Very enjoyable read despite historical romance not being my normal fare. Love the female protagonist and the depictions of the victorian east end London.”

“One for keeps. If you want to escape the ton, balls, and the season then read this book. Very firmly rooted in the period but refreshing, well written and engrossing. This is a book to reread and enjoy again and again. Strong characters that you really want to know to root for and an illumination on aspects of the period that most authors wouldn’t dirty their hands with!”

Settings for A Respectable Woman

A Respectable Woman is set mostly in Victorian London. The model for Wentworth’s School for Girls is my own old school, Raine’s Foundation School and the building I describe is the one I went to school in back in the seventies.

Many of the scenes at the school are based on actual events, as recorded in the day books and ledgers of the original school. The practice of celebrating Founder’s Day still goes on today, and wreaths are laid on the tomb of Henry Raine in the churchyard of St George in the East.

An Excerpt from a Respectable Woman

Three more weeks passed, and the Christmas holidays were almost upon them.  Philippa, still trying to adjust to the chill of the English winter, wore her thickest clothes, and spent her evenings huddled by one of the fires in the long schoolroom weaving stories about the land of her birth to a wide-eyed audience who seemed never to tire of them.  She told them about the countryside and its wildlife.  She spoke of the Mashona, their customs and their habits, and described their appearance to girls who might never have seen a black man.  She told them about the building of the mission station and of her own work upon it.  She had been concerned that the telling might distress her, but instead she found it comforting, as she remembered the happier days at Kola, before that nightmare day had robbed her of her father and her innocence.

During the second week of December, she was deeply asleep in her tiny room, when she was awoken by a persistent tapping at her door.

Philippa sat up, blinking away sleep.  “Who is it?”

“It’s Amelia Chadwick.  Philippa, can you dress and come down to my study?  Something has happened.”

Philippa got out of bed, and glanced at her pocket watch.  It was twenty to three.  Whatever had happened it was clearly an emergency.

She dressed quickly and went quietly down the stairs.  When she entered the study, Amelia was by the sofa, her arm around a hunched figure sitting there.  She looked up with relief as Philippa came in.

“I’m sorry to wake you.  But I think you will deal better with this than the others.”

Philippa went to join her.  Huddled on the sofa, her arms clutched around her belly, was Joan Carter.  Her face was white with pain and the lower half of her gown was soaked with blood.

“She knocked at the back door about ten minutes ago,” Amelia said.  Her face was almost as pale as Joan’s.  “Thank God I was in the kitchen, making a drink.  None of the other mistresses know.”

Philippa gave her a quick glance as she knelt beside Joan.  “You’re thinking ahead a little, aren’t you?”

Philippa smoothed the damp hair off the girl’s brow.  “It won’t work,” she said decidedly.  “She needs a doctor.”

“She’ll get one.  I awoke Jenkins and sent him with a note for Dr Marshall.  I just told him that one of the girls was unwell.  We should get her to the sick room.”

Philippa touched Joan’s hand.  “I don’t think we should move her until the doctor has seen her,” she said.  “Joan, can you talk?”

The dark head nodded.  “Christ, it ‘urts, miss!  They never told me it would ‘urt so much!”

“Can you tell me where you went?”

Dumbly the girl shook her head.  Philippa had not really expected it.

“How long have you known you were pregnant?” Amelia asked.  Joan’s only reply was a gasp of pain.  It appeared to Philippa’s experienced eye that she was contracting as if in childbirth.

“Never mind,” she said gently.  “Let’s take off your cloak and get you more comfortable.  Miss Chadwick will bring you some blankets and a warm drink.  Your hands are freezing.  The doctor is on his way, and he’ll take care of you.”

The doctor arrived some fifteen minutes later.  Having expected a carriage, Philippa was surprised when he arrived on foot, having commissioned Jenkins to carry his bag, and at the service door.

Philippa was in the laundry when the bell rang, collecting fresh sheets to protect carpet and furniture in the study from Joan’s blood.  Startled, she crossed to the door and opened it cautiously.

“Yes.  Miss Maclay, I presume.”  He came in like a man familiar with his surroundings.  “All right, lad, I can take it from here.  Off to bed with you, and my thanks.”

Jenkins pocketed the coin with a toothless grin and took himself back to his bed.  Philippa surveyed the man in top hat and greatcoat with some surprise.  He was much younger than she had expected, and was regarding her with friendly interest.  Her experience of doctors was limited to those employed by the missionary society, but they had all been older, and had possessed an air of superiority.  Dr Marshall did not look superior.

“The note,” the young man said, “was terse enough to make me suspect the worst?  Pregnancy?  Miscarriage?  Abortion?  Assault against the person?”

“Abortion,” Philippa said briefly.  “At least, that’s my guess.  Carter hasn’t spoken much.  I’m glad you’re here.  I’m an expert at deliveries, and have dealt with my share of miscarriages, but the Mashona don’t abort their babies, and I’m at a loss.”

Dr Marshall raised his eyebrows.  “You don’t look old enough to have that kind of experience, but we’ll go into that at a later stage.  Where is she, in the sick room?”

“No.  We’ve made up the bed, but I didn’t want to move her until you’d seen her.  She’s in Miss Chadwick’s study.”

“Getting blood all over the furniture?  That’ll please Amelia.  Lead on.”