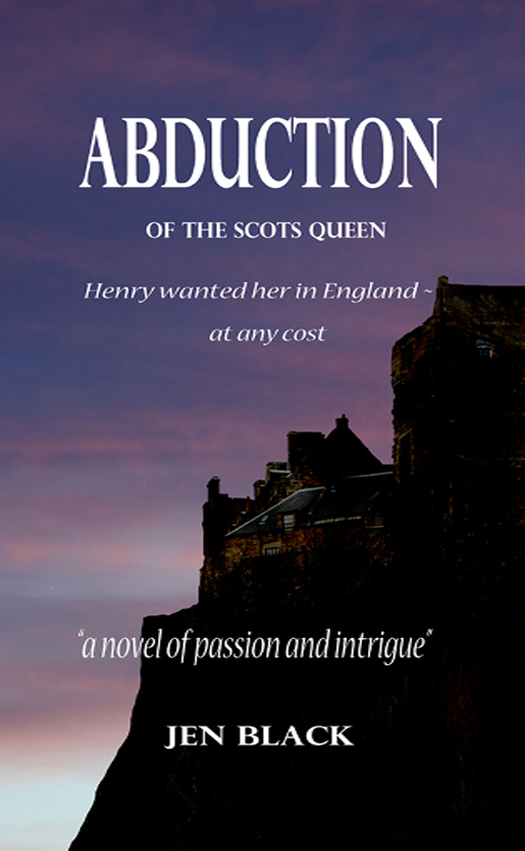 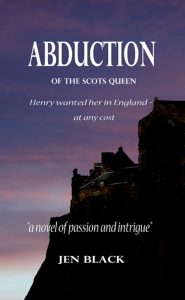 Being buried in my own writing, I’m not always the best at trying new authors so I’m very glad that taking part in the Historical Writers Forum Blog Hop introduced me to the Scottish Queen Trilogy by Jen Black.

I know both the period and the setting for this book really well, as my own second novel, A Marcher Lord is set in this time, so I launched into the first book with a critical eye. Half way through, I’d learned to trust the author’s research and sense of history and just enjoyed the story.

This is the first book in a series which takes place around the time of the so-called Wars of the Rough Wooing between England and Scotland. King Henry VIII of England wants to unite the two kingdoms through a marriage between his son and the baby Queen of Scots. When her mother refuses, he begins to consider other means.

Enter Matho Spirston, a young man from humble beginnings who is trying to make his fortune and his way in the world. He agrees to join an attempt to kidnap the little Queen and take her to England. On his way, he comes into contact with King Henry’s niece, the lovely but untrustworthy Meg Douglas who has her own agenda. Matho begins to realise that he must tread carefully in the complicated political world of the borders, where loyalties are never certain.

I enjoyed this book very much. It’s a period I know very well from researching one of my own novels, and it is very clear that Jen Black has done an enormous amount of research for this book. The settings were well pictured and the plot moved nicely along.

For me, however, the book’s real strength lies in the characters. The tension in the growing relationship between Meg Douglas and Lord Lennox is very well drawn. Meg herself is a masterpiece of charm, intelligence and treachery. At the same time, the author brings out hints of a softer side, of what Meg might have been if political survival hadn’t got in the way.

Matho himself is a delight; by turns shrewd, funny and naive, a bit of a Tudor chancer but with a good heart and immense loyalty to his friends. 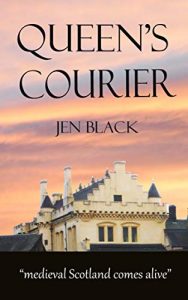 In book two, Matho is swept up in the events surrounding the English invasion, with tragic consequences. Once again, Jen Black does a splendid job of guiding her characters through this turbulent period of Anglo-Scottish history. She brings her characters to life, and is particularly good at weaving fictional characters into the lives of real historical people. Her Mary of Guise is very well-drawn. Matho Spirston grows as a character in this second book. There is love, war and very well researched history written in a very easy to read style. 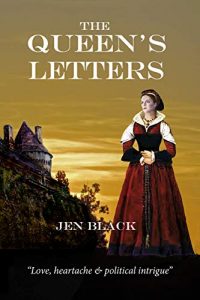 In book three, Matho is definitely older, wiser and a bit sadder. On this occasion, we find him travelling to France as courier for Mary of Guise. It’s another step up the ladder and Matho has a lot to learn, but with the help of a couple of unexpected travelling companions, he makes it home in one piece.

Back on the Borders, Matho is quickly pulled into the muddy depths of Scottish politics. The author achieves a very good sense of the scrabbling for power going on around Mary of Guise.

As always there is adventure, humour and romance nicely packaged up with the history. Another excellent book in the series, I hope this isn’t the last we see of Matho.

There is a prequel to this series, in which Matho features, which I haven’t read yet – I’ve just acquired a copy, but I’m going to save it for my holidays. I’m looking forward to hosting Matho on the blog this Saturday and I really recommend you try these books. To be honest, I think I have a bit of a crush on young Master Spirston…