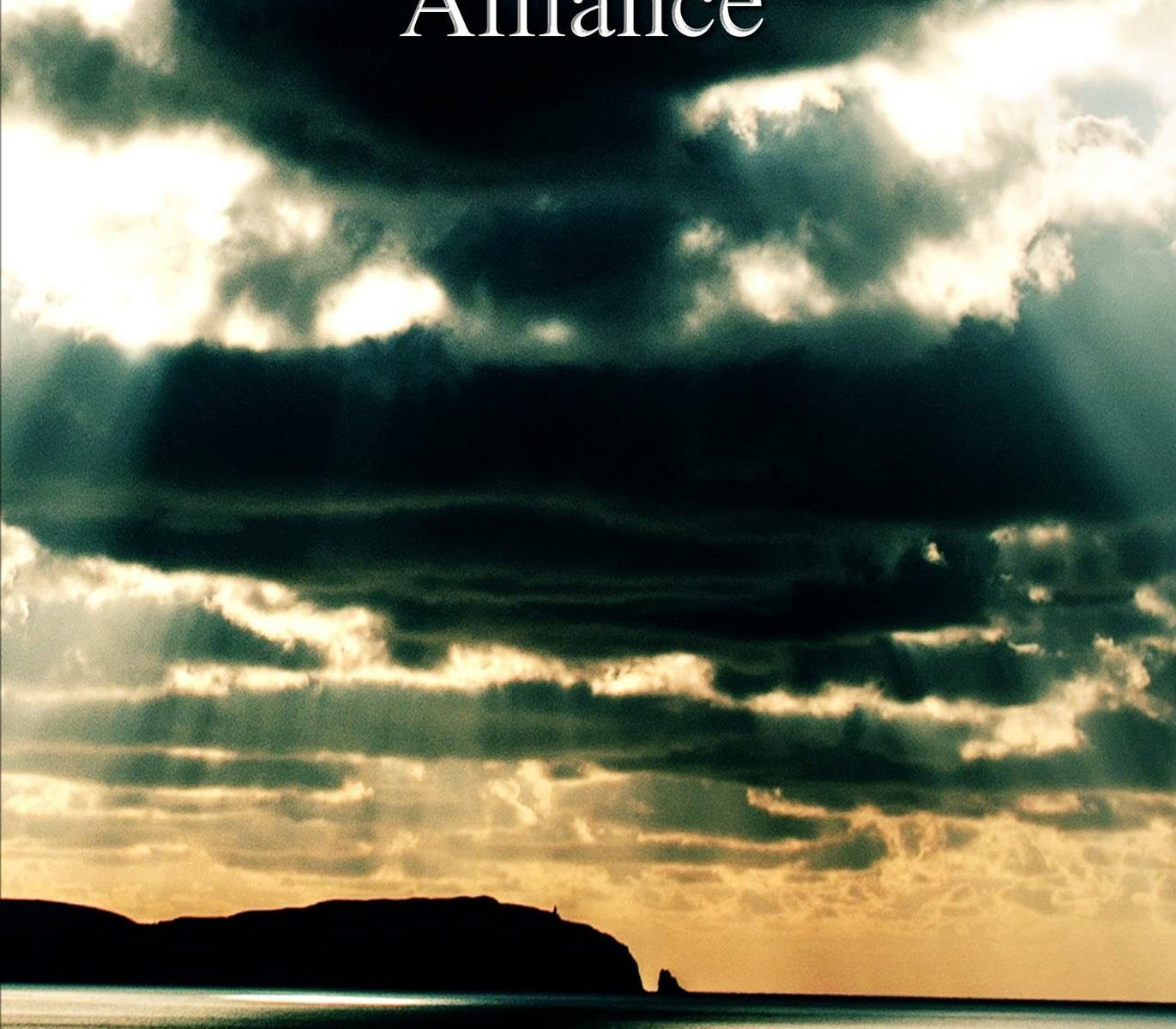 Tynwald Day, the Manx national day, is held each year on July 5th and is a celebration of Manx independence and Manx culture. I wrote this post last year and am re-sharing it along with a free promotion of my most recent book, An Unwilling Alliance, which is set on the Isle of Man and in Denmark in 1806-7 and features a Manx hero and heroine.

Tynwald is the Parliament of the Isle of Man and no other parliament in the world has such a long unbroken record.  It has been going since Viking times, more than 1000 years and governs a tiny island in the Irish sea.  I had never heard the word Tynwald until I moved to the island fifteen years ago and I’m not sure I had really grasped the fact that the Isle of Man is an independent country with it’s own laws and its own Parliament.  The island is not part of the United Kingdom, but a Crown Dependency with the Queen acknowledged as Lord of Mann.

The ceremony held at St John’s on Tynwald Day has changed in the details but has basically been going on for more than 1000 years.  Back then the island was a collection of Viking settlements and an annual sitting of their Parliament was held around midsummer where people gathered to hear their laws proclaimed aloud, to seek justice and to air their grievances.

The Vikings or Norsemen first came to Mann around the year 800AD, and ruled the Island for four-and-a-half centuries before finally ceding it to the King of Scotland in 1266. By then they had firmly imposed their own administrative system, which continued even while the Island’s ownership passed between Scotland and England, to the Stanley family of Lancashire (Lords of Mann from 1405-1736), and to their kin the Dukes of Atholl, who held it until it was re-vested in the British Crown in 1765.  The custom of Tynwald Day has continued throughout all these changes.

On Tynwald Day, Tynwald meets at St John’s instead of the usual parliament building in Douglas, partly in the Royal Chapel of St John the Baptist and partly in the open air on Tynwald Hill, a small artificial hill nearby.  The meeting is known as Midsummer Court and is attended by both branches of Tynwald, the House of Keys and the Legislative Council.  The Lieutenant Governor presides as the representative of the Lord of Mann, unless the Queen or another member of the Royal Family is present. 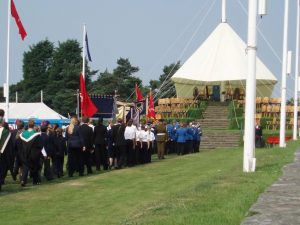 All bills which have received the Royal Assent are promulgated on Tynwald day and if this does not happen within 18 months of passing the bill it ceases to have effect.  Other proceedings can include the presentation of petitions and the swearing in of public officials.  There is a formal procession which includes the Lieutenant Governor, Members of the House of Keys and of the Legislative Council, the Deemsters who are the highest judicial officers, any guests of honour from other nations, clergymen, leaders of local governments and any other state officials of the Isle of Man.  Members of the general public attend the ceremony as do local constabulary and military.  It is a highly formal affair. 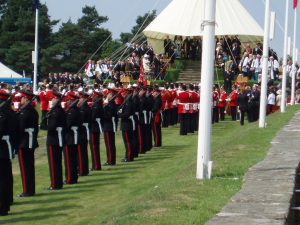 Before Tynwald sits, the individual presiding inspects the guard of honour and lays a wreath at the National War Memorial.  There is a religious service in the chapel at 11am and then Tynwald proceeds to the adjacent Tynwald Hill. The path is strewn with rushes following the celtic custom of pleasing the sea god Mannanan with bundles of rushes on Midsummer’s Eve. The path is lined with flagpoles, which fly the national flag and the parliamentary flag.  The laws are proclaimed from Tynwald Hill which has existed from at least the end of the 14th century.  Once this is done, Tynwald reconvenes in the Chapel and quill pens are used to sign certificates documenting the promulgation of the laws.

Once the captioning of the acts has concluded, the Lieutenant Governor and the Legislative Council withdraw, leaving members of the House of Keys for a session of their house.  Once Tynwald Day is over there are three more sittings of Tynwald before the government adjourns for the summer until October.

Traditionally, Tynwald Day was marked by a fair and market; these customs still continue with stalls, demonstrations, music and dance throughout the day and on into the evening.  The village of St John’s is packed with people and the following week, known as Manx National Week, usually hosts a series of concerts, displays and other events related to Manx culture. 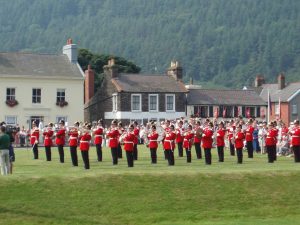 For the first few years we were on the island it was an annual event to go to Tynwald Day.  I admit I was fascinated by the history, the idea that this ceremony, in some form or another, has been going for so long.  It is very different to the British opening of Parliament and Queen’s speech which is very much a Parliamentary event.  This is an event for the people, and the tradition of people bringing their grievances before Tynwald on this day really happens, I know people who have done it. 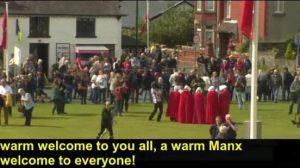 This year, as an example, several Manx women staged a silent protest dressed in Handmaid’s Tale type red cloaks and bonnets to show their support for reform of the island’s highly outdated abortion laws.  Democracy moves slowly at times, but it does move and Tynwald Day is a traditional forum for protests like this.

The actual reading of the laws is long and boring and I’m not sure how many people really listen.  But it’s an important part of the day.  The officials are in full robes and wigs and there’s a real sense of ceremony and national pride.

I’ve not been to Tynwald Day for years now.  It’s the day after my daughter’s birthday so it’s often difficult.  But I think I’d like to do it again at some point.  In the past, when the children were younger it was all about the fair and the activities and the market stalls.  But I think I’d like to attend from the point of view of a historian, to read about the ceremonies of the past and feel the sense of continuity which shines through the day.  The island is a small nation but has a deep sense of pride and community which I’ve a suspicion we could all learn something from.

Many thanks to Heather Paisley for use of her photographs.